Matiu/Somes Island as an Ecological Treasure

A Brief History of Matiu/Somes Island 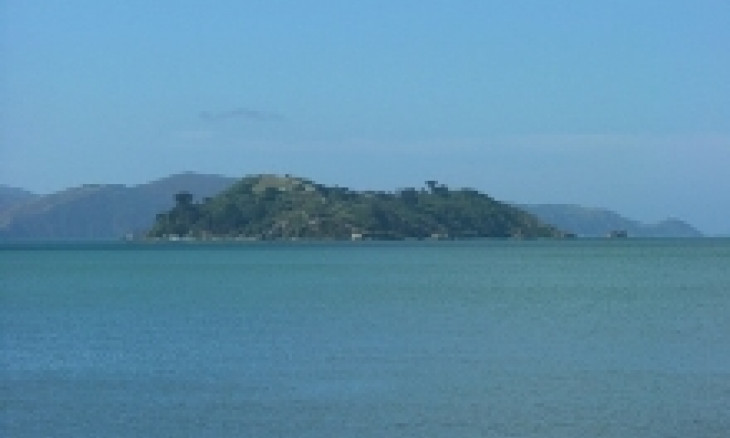 Matiu/Somes Island is the largest of three islands (24.9 ha or 62 acres) in northern Wellington Harbour. The other two are Ward/Makaro Island and Leper/Mokopuna Island. Matiu and Makaro are said to be named after Kupe’s daughters (or in some versions, nieces). Kupe is the semi-legendary Maori navigator to reach New Zealand 1000 years ago and return home to Hawaiiki with news of the new land. Mokopuna is the Maori word for ‘grandchild’ because it is the ‘grandchild’ of Matiu.

In pre-European times Matiu/Somes had two Maori Pa; one in the centre and the other on the northern tip. These were wartime retreats, not permanent residences because there was little fresh water on Matiu/Somes. European settlement brought the lighthouse (Wellington’s first harbour light) in 1866. Much of the original vegetation was cleared to make way for farmland. The New Zealand Company took control of Matiu, along with much of the greater Wellington region in 1839 and renamed it Somes after Joseph Somes, its deputy governor and financier.

In the 20th century Matiu/Somes was used to hold for enemy alien internees during World War II, and quarantine facilities for immigrants and animals. In 1942 it was fortified with heavy anti-aircraft gun emplacements which were never used. The emplacement saw the island flattened by 17 metres. A degaussing station was also built to protect ships against mines.

In 1946 the (now) Ministry of Primary Industries took control of Matiu/Somes, and a new quarantine station was built in 1971. MAF conservation and pest eradication programmes began in the 1970s. In 1981 Lower Hutt Forest & Bird started forest replanting programmes with the aid of volunteers. A programme to eradicate pests was completed by 1990, which allowed for the reintroduction of native species.

In 1995 The Department of Conservation (DoC) took responsibility for Matiu/Somes. The quarantine station was closed and Matiu/Somes was opened to the public. Matiu/Somes has become a popular tourist attraction and extended stays can be booked at DoC website.

In 1997 the New Zealand Geographic Board gave the island the official bilingual name of Matiu/Somes in recognition of its dual Maori and European history. In 2009 the Treaty settlement with Taranaki Whanui ki Te Upoko o Te Ika transferred ownership of all three Wellington Harbour islands to the iwi.