Shoal Bay lies at the southern edge of the North Shore, between the motorway and the Devonport Peninsula. The bay is a high priority for the North Shore branch as it is a "Site of Special Wildlife Interest" (SSWI), which is a DOC designation due to its importance for wading birds.

Shoal Bay is special – like a mini Miranda – a tidal estuary teaming with birdlife, crabs and other sea creatures,  and fish in the sea  when the water comes in.  Like air in the lungs the water ebbs and flows creating an ever-changing landscape.

It has sandbars with intertidal mudflats and saltmarsh. These are important areas for shore birds to feed. There are twelve species of endangered or at-risk coastal birds that are found at Shoal Bay and these depend on its food resources for survival at certain times of the year. 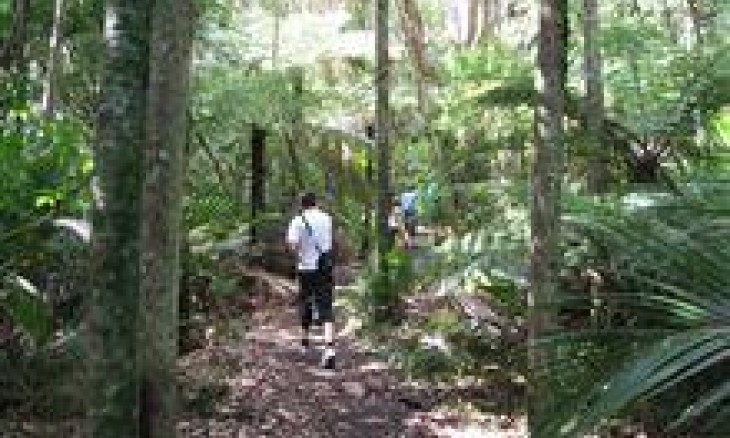 One of the major battles of the past 15 years has been to try preserve the land bordering Long Bay Regional Park and marine reserve. A lot of time has been spent on this issue by the late branch member Jim Lewis and the Long Bay Okura Great Park Society, which resulted in the Long Bay Structure Plan. As part of this the land bordering Okura Estuary was deemed too important to be developed and was zoned for 4 hectare blocks. The Environment Court decision on Long Bay/Okura in 2003 clearly stated that the Okura Estuary and surrounds was too pristine and important a landscape to develop. Recently this designation was threatened by the new draft Unitary Plan and the Auckland Housing Accord which would see up to 1000 houses on this land. Auckland Council rejected this by retaining the Rural Urban Boundary at Vaughan Rd. The Long Bay Okura Great Park Society with the support of Forest & Bird fought hard against the goliath developer Todd Properties who wanted to cover this land in houses, endangering this precious estuary.  We won the Environment Court battle. Todd appealed to the High Court but stopped their appeal in February 2019. We are keeping a close watch on what happens next. For more information see http://www.longbaypark.org/

The North Shore Ecological Survey 2005 states that “weeds and animal pests are impacting on the indigenous biodiversity of the North Shore... including pine, wattle, tree privet ...
At least two thirds of significant natural areas are impacted to a moderate to high degree by weeds. Weeds and pests present the greatest of all threats to the indigenous biodiversity within this area”.

Forest and Bird is working with Auckland Council, Kaipatiki Restoration Network (KRN) and other parties to help reduce the impact of weeds and animal pests. We would like to see a bush care group for every bush reserve on the North Shore.  Pest Free Kaipatiki is a key tool in achieving this goal. The Kaipatiki Local Board area is a significant piece of the North West Wildlink jigsaw.

Our branch helped set up the Hibiscus & Bays Restoration Network. This also covers the Hibiscus Branch area and their Pest Free Peninsula Project.

Members of the network have produced a Pest Free Plan for the Local Board area and this is now being implemented.

The network has many members including

Our branch is a member of this very active network, meeting monthly and making waves in the Upper Harbour Local Board area. Contact the secretary on upperharbourecology@gmail.com

With the discovery of kauri die back in Kaipatiki reserve Kauri Park, we have lobbied for the closure of tracks in kauri forest to protect what could still be uninfected kauri.

We are now lobbying for greater protection of kauri by maintaining some track closures and fast tracking track improvements in other areas.

Our branch has produced a Weed Control Guide . We have printed and distributed thousands of these. Hard copies of this guide are available from the branch.

North Shore has no wild rivers but plenty of streams. Most of these are impacted by stormwater. Most of the Shore’s stormwater is diverted directly into gullies causing massive accelerated erosion and siltation of streams and our beaches. In addition careless discharge of sewerage or detergent and other chemicals into the stormwater system can impact on stream health.

North Shore is one of New Zealand’s most rapidly growing areas. In-fill housing and subdivision have meant bush destruction and loss of wildlife habitat.  Subdivision brings with it an influx of cats with their impact on birds and exotic plants such as bangalow palms which are now spreading into bush reserves. Of major concern is the impact of silt run off from development. Our branch is actively submitting on development proposals which will have a negative impact on the natural environment. As a result, these projects are often disallowed or modified to minimise their environmental footprint.

Trees provide many benefits including landscape values, combating climate change, providing us with oxygen and filtering water, apart from being the habitat of our native wildlife. North Shore branch is actively engaging with Auckland Council to improve tree protection. Our national legal team is working with central government to do the same.

North West Wildlink is a project to connect green spaces from the Hauraki Gulf islands through to the Waitakere Ranges. It spans the area of three branches - Hibiscus Coast, North Shore and Waitakere. Linking predator-controlled areas of bush will facilitate free movement of native species around the area. One huge future source of biodiversity (birds and other wildlife) is Rangitoto Motutapu, now home to tieke/saddleback and koromako/bellbird.

We are supporting island projects