The branch is currently involved in a major project: the protection of the yellow-eyed penguin via nest monitoring and pest control. The branch also undertakes a wide range of activities open to the community, such as plant sales and political debates. 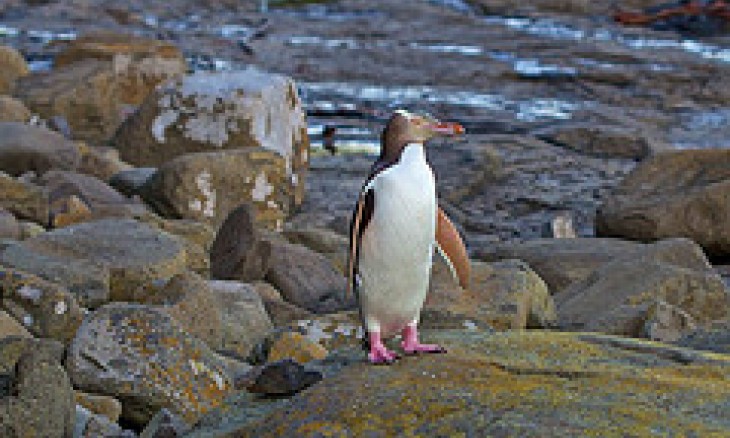 They set traps for predators and help to monitor nesting penguins. The yellow-eyed penguins are especially vulnerable to not only mustelids like ferrets and stoats but also hedgehogs as they feed on eggs. The penguins are also prone to attack by cats and dogs, some of which are brought to the coastal areas by beach-users. Pest control and revegetation are being conducted at important nesting sites such as Nugget Point and Owaka Heads.

Owaka Heads weed control and re-planting: Owaka Heads holds an important yellow-eyed penguin colony. The branch is carries out reguar weeding sessions in association with local schools and citizen groups, and intensive pest control throughout the area. The area is also being re-planted with natives such as flaxes, southern rata, broad leaves and whitey woods, some of which have been propagated by branch members.

Otanomomo Scientific Reserve: Otanamomo is an important remnant of a rare type of lowland alluvial Podocarp/Broadleaf forest, which once covered the Clutha River delta. The reserve is home to the endangered tree daisy (Olearia hectorii). Replanting of this species is being conducted in order to restore a self sustaining population that is resistant to weed invasion. The South Otago branch helps the Department of Conservation with weed control in this reserve, where the spread of the invasive Chilean Flame Creeper has become a major problem. The weed grows quickly and smothers the native trees. Herbicides have been trialled in the past but without significant results. At present, the removal plan is to cut the weeds and paint the stump with herbicide to prevent regrowth. 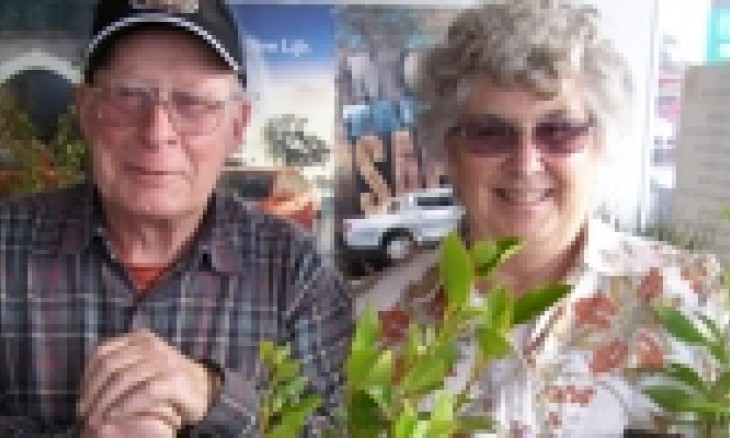 Ian and Wilma McDonald at a 2011 plant stall

Native plant sales: Native plant sale take place three or four times a year. Whitey woods, rata, broad leaves, coprosmas, wineberries and lemonwoods are offered up for sale. These fund raising events are designed to educate people about the importance of growing natives in our gardens for the native wildlife in the region.

The branch is also carrying out replanting at Papatowai in the Manuka Point. South Otago participates in the management of Lenz Reserve and the Tautuku Forest Cabins in association with Dunedin and Southland branches.