Help us remove pests from Whangaparaoa Peninsula so native wildlife can flourish.

Our aim is to make the beautiful Whangaparaoa Peninsula pest free but we need your help.

We need one in three households on the Whangaparaoa Peninsula to be part of the Pest Free Peninsula project so that our community (and beyond) can become completely pest free.

With extensive baiting and trapping on public and private land, we can achieve a Pest Free Peninsula for our children and grandchildren to enjoy!

We are already seeing the benefits to our native plants and birdlife by the work we are doing, eliminating unwanted pests and predators, plus the 'spillover' effects from Shakespear Regional Park.

Started in 2011 by Pauline Smith (a long-standing Forest & Bird committee member and former Branch Chairperson), progress towards a Pest Free Peninsula is making a major contribution to the North-West Wildlink which aims to connect and enhance natural areas, including open spaces, stream banks, esplanades, reserves and backyards.

Several branches of Forest and Bird are working together with Auckland Council to establish a "corridor" of safe, healthy habitats so that native birds can travel between the sanctuaries at Tiri Tiri Matangi and the Waitakere Ark in the Park.

The volunteers’ efforts will make a significant difference to the area’s native plants and birdlife, alongside regular native plantings. We log all our trapping lines and the properties involved in active predator control on our Paint the Peninsula Purple Map.

The GPS coordinates of each trap or bait station are entered into the CatchIT database, maintained by Auckland University, along with details of private properties we are notified about.    We also record details of the baits taken and predators killed

The second 'choke point' across the peninsula, which runs from Stanmore Bay through Whangaparaoa College over to Arkles Bay, is being laid down now. Branch Chairperson Anne Graham has worked with the Baptist church and the College Principal & Board of Trustees to gain their support. College Teacher Chris McLeod is leading a small group of enthusiastic students keen to use the experience for their Duke of Edinburgh as well as applying it to their math & science studies.

The 3rd & 4th choke lines will run on council reserves between Tindalls Bay across to Matakatia Bay and Fishermans’ Rock over to Gulf Harbour respectively and plans are being finalized to get them laid down in the next couple of months. If you’re a resident backing onto, or a house or two away from any of these areas and would like to help please contact us.

At the end of May 2014 a total of 17 bait stations and one stoat trap were placed around the perimeter of the 40ha golf course, and near the swamp in its centre.

The bait was in pellet form and enclosed in sturdy wooden bird, cat and dog-proof boxes. Over the succeeding few weeks the amount of bait taken showed that rats were active at the Army Bay site.

Peter Pearce, committee member and a member of the Golf Club, continues to monitor progress.

At Stillwater, committee member Philip Wrigley's and local member Martin Sander's work to protect the dotterel breeding colony at Weiti River mouth has continued. A great meeting with enthusiastic residents in May 2014 led to locals taking over predator control at the dotterel spit, while some had already begun pest control on their own properties with high catches of possums reported.

By August weed control had also been commenced. By November 12 local people were actively involved, with the number set to grow, and a grant for funding for equipment has been obtained from the Rodney Natural Heritage Fund.

By October local residents of Pacific Parade Reserve at Army Bay had joined the Pest Free Peninsula Project and were monitoring 49 traps and bait stations, targetting rats, possums and stoats. Bellbirds are already known to visit this reserve, so as predator numbers drop perhaps they'll stop and nest!

Pacific Parade Reserve is well worth a visit. It runs along the clifftop for 1.5km from Fishermans Rock carpark to Army Bay.

Residents of the 7ha Redwoods Estate also joined the Pest Free Peninsula project in October and within a month had caught a stoat! This is a reminder that predators are prevalent on the Peninsula and we'd love you to join us by trapping or baiting at your place!

Archers Bush is a 25ha block of land that runs between Whangaparaoa Rd and the Weiti River in Stanmore Bay. The land was purchased by Auckland Council from English author Jeffrey Archer in 1999 as part of planning for Penlink. Outside Shakespear Sanctuary this is the largest piece of publically owned bush on the Peninsula and the Branch has worked hard over the years to have the 10 to 15ha area that won't be needed for Penlink made a public reserve. Currently the land is leased by Equestrian 4 Everyone which uses the grassed area of the land (about 5ha) to provide horse riding experiences for people with disabilities.

In 2014 negotiations took place with Auckland Transport (who now own the land) and the lease holder Kay Harrison to put predator control throughout this important area of bush. It includes large stands of native bush including kauri, totara, kahikatea and puriri. It is a major bird habitat and has direct access to the water’s edge via a bullock track. Auckland Council is providing the traps and bait stations for the project.

In early October plans were made with the Council to install bait stations (for rats and possums) and traps (for stoats), with Council providing funding. By the end of November volunteers have assisted co-ordinator Pauline Smith to identify suitable locations for bait lines and traps, and monitoring is now under way.

Other Reserves and Future Plans

Other reserve areas where trapping and baiting has commenced include Cochrane Ave Reserve in Arkles Bay, Glenelg Reserve and Weiti Views Reserve. In September 2014 Pauline Smith could report that ten ship rats (Rattus rattus), which mostly forage in trees, had been caught in the one DOC 200 trap on Glenelg Reserve since May.

As planning proceeds and resources allow we are providing information and training to help each community group effectively target the likely predators on their land type.

Work with the Auckland Council and DOC to run monitoring and trapping lines first in the major reserves such as Matakatia, Raroa, Karaka Cove, Weiti and Archers Bush. As resources allow we hope to extend predator control to the numerous minor reserves on the Peninsula.

Work with schools to set up projects their students can engage in to eliminate predators and enable the native birds and invertebrates to flourish on their grounds.

Work with landowners of areas such as golf courses, retirement villages, and undeveloped land to run monitoring and trapping lines.

Provide information, training and encouragement to Peninsula residents to initially target rats as these are the major killers of eggs, chicks and nesting birds in suburban areas. Clearly this is a BIG plan and it will take some time to reach all these land types. However, we believe that if we do the work to establish the best methods for each land type, then our main task will be encouragement and training of local people to help you make a difference "in your own backyards". We feel sure that as the populations of native birdlife recover, the pleasure of their company will provide ample incentive for people to continue with maintenance trapping in the future.

Set traps in your backyard

There are many steps you can take to eliminate predators on your own property. We can help you to find or purchase everything you need to get started - just contact our project coordinator using the contact details at the bottom of this page.

We would love to have a few more people on our organising team, so if you'd like to join an exciting project from the ground up contact us on the details at the bottom of this page. No experience necessary, just bring your enthusiasm for our goal.

Stay up to date on our progress and upcoming events by joining Forest & Bird. You will receive our Branch newsletter as well as our quarterly Forest & Bird magazine.

As our plans progress we will be needing volunteers for a variety of tasks including trapping lines, bird surveys, training days, event organisers, publicity campaigns, digital media, communication, liaison people for places like schools, retirement villages and other large land tracts, building trapping and monitoring boxes, and other stuff we haven't thought of yet.

You can register your interest now, by sending us an email letting us know which aspects of the project interest you and how you could help us in our bigger plan.

Or visit Forest & Bird's Hibiscus Coast Branch on Facebook and 'post' your ideas, dreams and how you think we can achieve them (with your help of course!).

New research points to fishing bycatch as a major cause of the alarming decline of Antipodean albatrosses.

Nesting banded dotterels and special coastal daisies will have better protection thanks to a new planned bylaw banning driving on a large stretch of Marlborough's coastline affected by uplift after the Kaikōura earthquake.

Hard work from South Auckland residents has led to a drop in rat and possum numbers in the South-East Wildlink, despite challenging mast year conditions.

Kōkako nests have been hard hit by rats at Forest & Bird’s Ark in the Park in the Waitakere Ranges.

Conservationists are relieved after this year’s migratory tītī/sooty shearwater finally returned to a colony on the Otago Peninsula.

Unconsented works have been carried out in a Coromandel coastal wetland by a council that should be enforcing environmental laws – not breaking them, says Forest & Bird.

Hoiho crowned Bird of the Year for 2019

Widely considered an underdog, the valiant hoiho (yellow-eyed penguin) has smashed the feathered ceiling to win Bird of the Year, a first for seabirds in the competition's 14 year history. 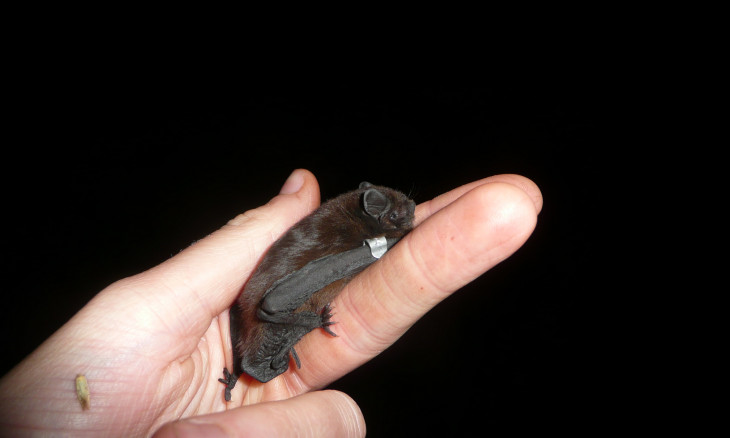 Forest & Bird calls for urgent action to save Hamilton bats