This inspired John Topliff to start a crusade to rescue large neglected, weed infested areas on the south bank of the river and to restore more than two kilometres of river margin with native species.

Soon he was joined by other Branch members and then by members of the Kiwi Conservation Club (KCC), the junior arm of Forest & Bird. For several years, the KCC leader organised large groups of children from local schools to plant prepared areas on Arbor Day.

The first stage, involved removing large numbers of poplars, willows and other trees and clearing many areas of blackberry and similar weeds.

With financial and material support from the Kapiti Coast District Council and the Greater Wellington Regional Council, more than 45,000 native trees, shrubs, flaxes and grasses of 45 species have been planted by children and by regular volunteers. 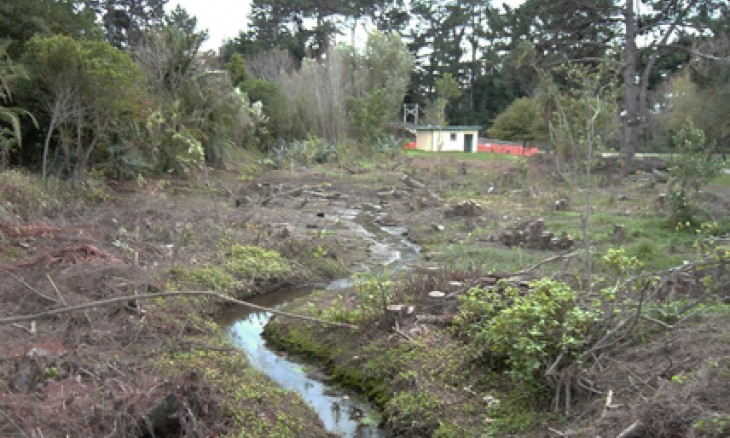 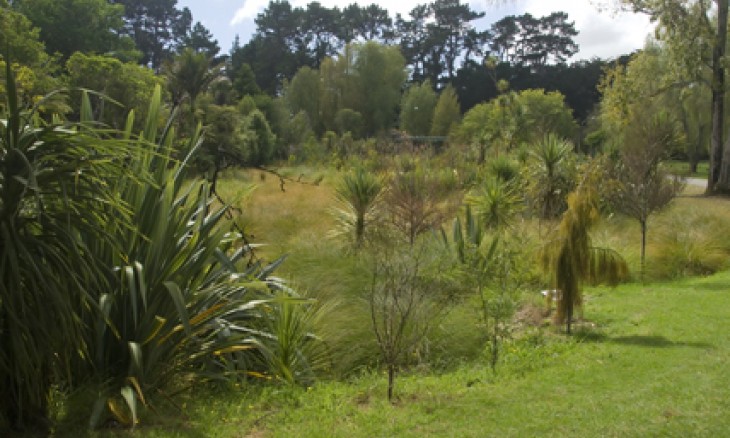 Otaihanga Domain as it was in 2005, has now been transformed into a beautiful wetland area restored with native trees, shrubs, flaxes and grasses.

Several large restored wetland/stream areas and many large areas of young and emergent forest trees now line the walkways and bridle paths that wind along two kilometres of river bank, slowly changing it from an untidy wasteland into a charming pathway bordered by native trees. The planting is now virtually complete, but ongoing maintenance is still necessary.

Since the opening of the new Te Arawai Bridge, walkers and cyclists have made great use of the six-kilometre loop formed between the two bridges, using both banks of the river. While some secluded paths are restricted to walkers, most of the south bank is also accessible to horse riders.

Many birds can now also be seen along the riverbank, a good indicator of its success in creating a step towards a “bird corridor” linking Kapiti Island to the mountains.