Caroline Bay in Timaru is home to a colony of kororā (little penguins). Credit: Kimberley Collins. 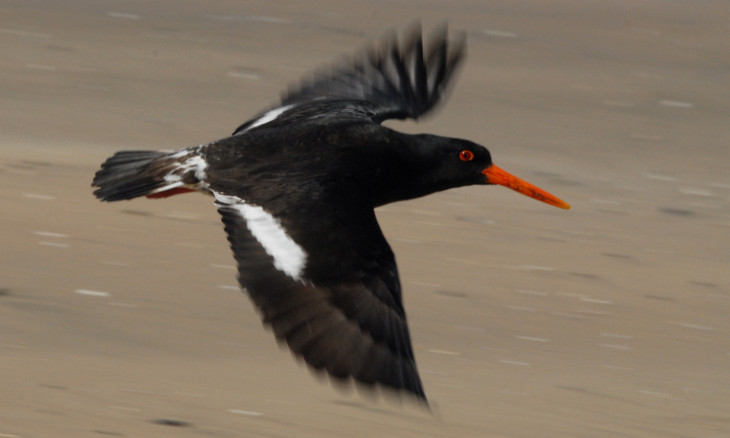 The Warkworth Area branch covers the area between Puhoi and Maungaturoto. Members work together to help restore the environment back to its natural ecological state.

(Sorry talk cancelled due to Covid Level 4 and hopefully this talk can take place in October.)

Edin Whitehead is a seabird biologist and an award-winning conservation photographer. In addition to her PhD research, she works closely with the Northern New Zealand Seabird Trust on a number of projects in Northern New Zealand as both a field biologist and science communicator. She was the lead author of the recently published review of Threats to Seabirds of Northern Aotearoa New Zealand, a founding document for continued seabird research, monitoring, and conservation in the region. She will be sharing her photographs and knowledge of the Hauraki Gulf. 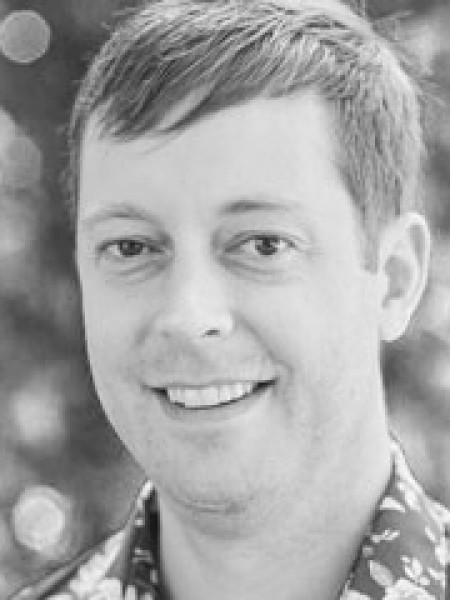 Alex Rogers was born and raised on the shores of the Waitematā, before a career as a diplomat with the Ministry of Foreign Affairs and Trade took him all over the globe. Alex represented Aotearoa at the United Nations in New York, European Union in Brussels and most recently APEC in Singapore. After returning home with his wife and two children, Alex took up his current position as the Executive Officer of the Hauraki Gulf Forum where he has supported the Forum’s transition to a co-governance leadership model, its adoption of four ambitious goals for the Marine Park, and its production of the 2020 State of our Gulf report. 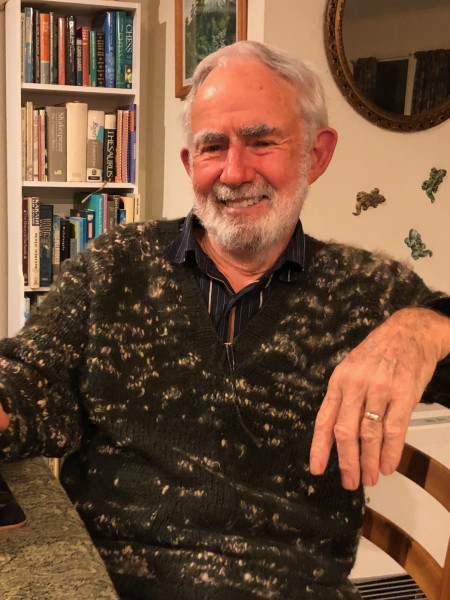 Committee member, Roger Williams received a well-deserved Queen's Service Medal for services to conservation. He has designed and built walkways, boardwalks and bridges and cycleways in various local parks and nature reserves in the Warkworth area. Roger has been an active member of Forest & Bird for more 40 years and we are lucky to have Roger serving on our Warkworth Area Forest and Bird committee. 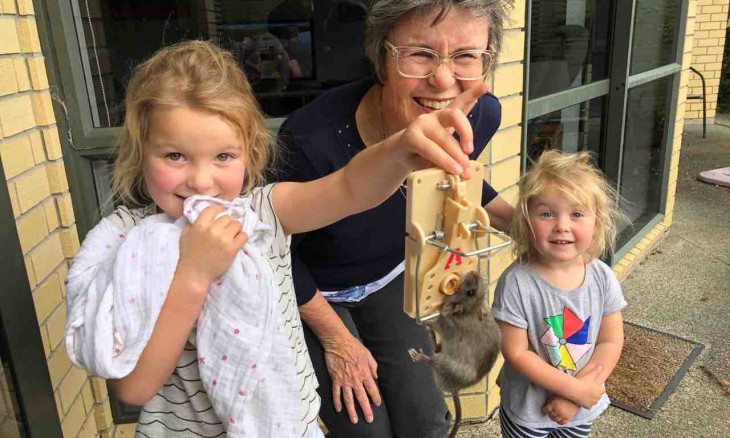 This initiative is in collaboration with other Predator and Pest free organisations in the greater Rodney area, and aims to reduce and where possible eliminate the threat rats, stoats and other mustelids pose to our native birds in urban Warkworth.
Trap tunnels have been made from donated materials by the Warkworth Men’s shed and the organiser has funded some snap traps to start the ball rolling. 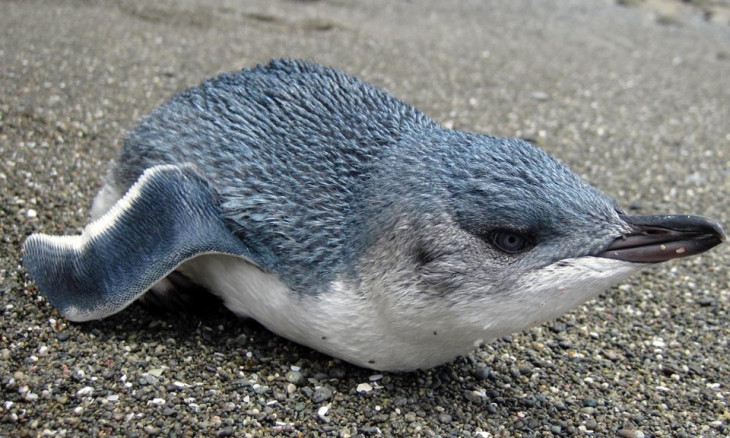 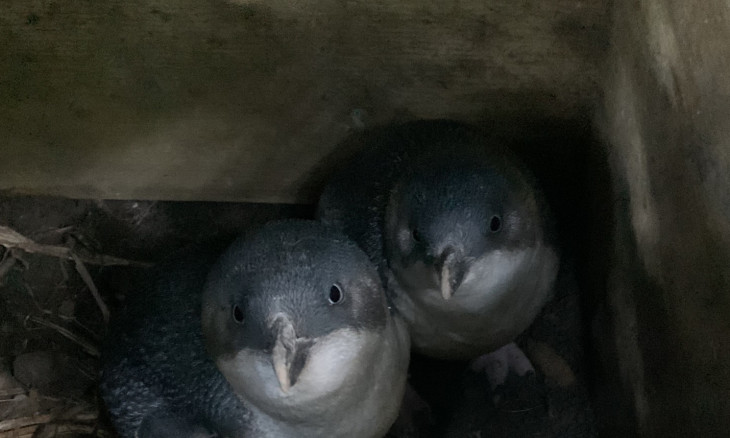 Some penguin nesting boxes at Leigh have little blue penguins nesting in them. Many other natural penguin nesting sites have also been identified around the Leigh and Ti Point coastlines and penguins are now coming ashore and making their nests or sitting on eggs.

To protect little blue penguins and other birdlife we have a predator control programme targeting rats, stoats, weasels and possums and now have over 200 traps and many volunteers to monitor the traplines. Auckland Council and DoC Community Funding have helped us to achieve this. ITM Matakana have donated timber for penguin nesting boxes and recently donated timber for trap boxes.

We are now looking at increasing our monitoring of penguins to get a record of numbers and to give them further protection from predators. To do this we need a few more trail cameras and a night vision scope and will need extra funding for these.

If you live locally and would be keen to help with predator controls or penguin monitoring please contact Jenny on enderbys@xtra.co.nz. If you'd like to make a donation to the penguins put 'penguins' in your Forest & Bird Warkworth donation. 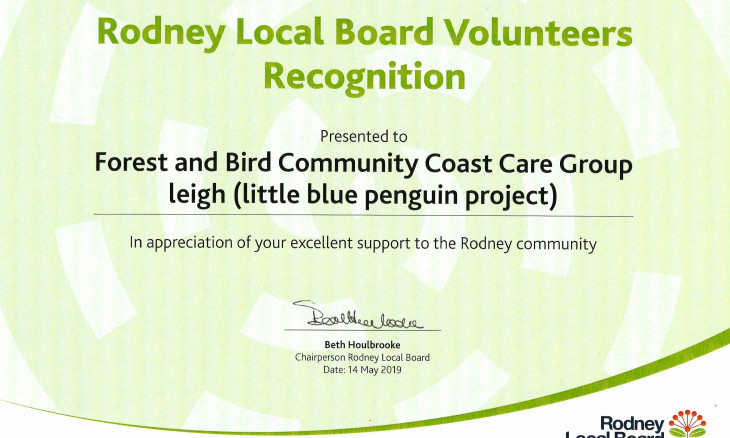 We are also interested in any sightings of little blue penguins coming ashore around the local coast. leighpenguins@gmail.com  or check out the Leigh Penguin Project Facebook page.

Warkworth Area Branch of Forest and Bird started a local initiative to weed and enhance the walkway from Hauiti Drive and Blue Gum to behind the Grange shops, Warkworth.

A keen team of four or five men and women regularly attend the Friday morning sessions with contributions from others who work full time at the weekends. Contact if you would like to join in is Rosemary Cullen cullenrjrj@gmail.com. 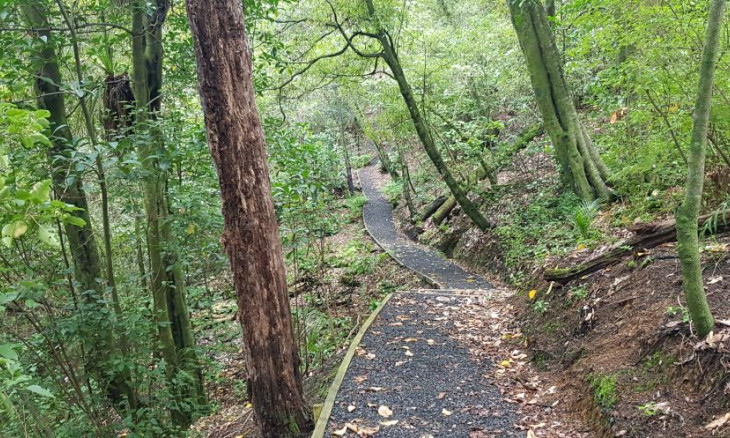 Together, Kowhai Park and the Sesquicentennial walkways make up two beautiful native bush reserves directly within the Warkworth township. Kowhai Park covers several hectares with significant stands of totara, kauri, matai, kahikatea and other native species. It also includes the clear-running Mill Stream and historic lime kilns. The Sesquicentennial Walkway commences adjacent to the historic Bridge House and follows the Mahurangi River southwards past Shoesmith Domain. However, both have needed to be freed of a range of particularly invasive weeds, especially Wandering Jew but also many other “nasties” including privet, acmena, climbing asparagus and many others.

Kowhai Park has now been freed of most of its weeds due to intensive efforts by Forest and Bird volunteers and supporters including the Auckland Council.  With the newly upgraded walking tracks re-opened thanks to high priority projects carried out to prevent the spread of Kauri dieback, this reserve should be high on any visitors list.

The Forest and Bird volunteers work focus has now shifted to the Sesquicentennial Walkway with Wandering Jew control well advanced and other weeds being removed progressively. Volunteers are always welcome – please see contact details below.

Volunteers are welcome to come along from 9:30am - 12pm on the 1st and 3rd Wednesday of the month to help out. Please contact Sally Richardson 09 425 0161 or email salizrich@gmail.com

Mothplant eradication within the greater Leigh/Whangateau area has been very successful thanks to the huge response from people in this area. Mothplant is a fast growing vine that can rapidly smother and replace native vegetation, making it a very big threat to our native planting schemes. Unfortunately it will continue to come in the hundreds for a few years unless kept under regular surveillance. It is considered by many to be the next big threat to our reserves and off shore islands, because the dandelion like seeds can be spread through wind-sources far and wide. 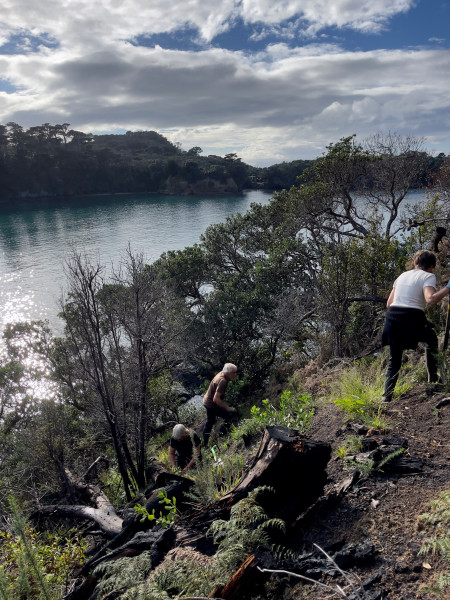 The Coast Care Group is led by Forest and Bird members dedicated to pest plant eradication and is strongly supported by DoC and Auckland Council. As Leigh is the closest point on the mainland to Hauturu/Little Barrier Island, the group's objective is to stop the spread of wind borne seeds to the island, and also across the bay to Tawharanui Regional Park.

The group targets moth vine, climbing asparagus, pampas and other invasive weeds on both public and private land on the Leigh coast including an area of bush bordering a stream with eels and other native fish. The group received a Weedbuster award for this project.

The group meets monthly and is always looking for more volunteers. Communication is via email so if you would like to know more please email corsut15@gmail.com

Mount Tamahunga is mostly covered in bush and the majority of the land is owned by Doc. The Tamahunga Trappers group contains many F&B members, who trap stoats and rats. For more details contact Eliane on elianelagnaz@gmail.com or check out Facebook www.facebook.com/TamahungaTrappers/ and learn more about kiwi being introduced here. 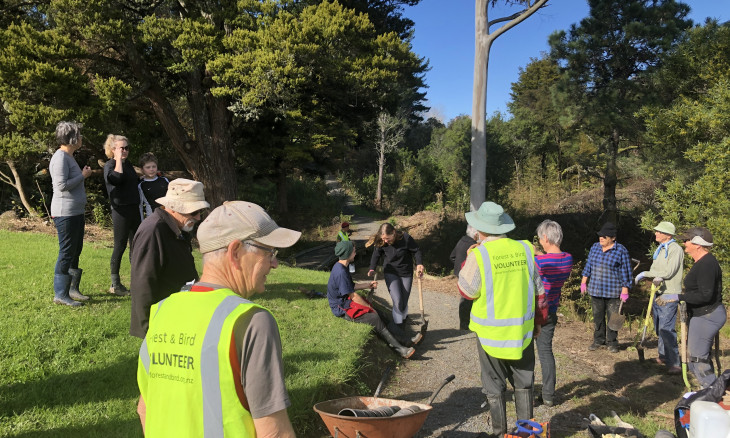 Volunteers are always appreciated. If you want to lend a hand, contact Roger Williams on 09 425 9127