Saving threatened coastal species such as our yellow-eyed penguin and sea lions is one of the key activities of the South Otago branch. 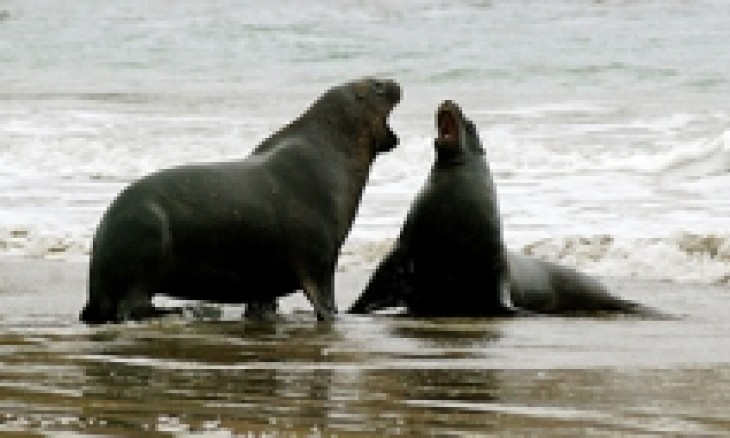 These species are facing food shortage problems because they have to compete with the local fisheries for squid and other fish species.

Trawl net fishing is also impacting the populations of sea-lions, as they are often caught as bycatch.

On land, the two species suffer from distrubance by beach-goers and their dogs during the breeding season.

The yellow-eyed penguin is particularly vulnerable, as farming expansion has led to the loss of a serious portion of its natural nesting habitat. On top of this it has to cope with predation by several mammal pests on land. 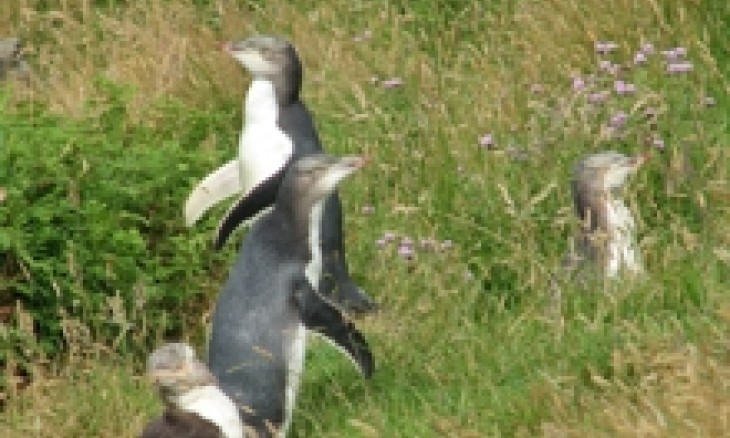 Penguins at Long Point, The Catlins

Forest clearance due to farming expansion has diminished the breeding areas of this endangered and unique New Zealand penguin.

It can be found only in the southeast of the South Island and small islands in the South: Stewart, Campbell and Auckland Islands.

On the mainland, the major penguin reserves are located along coastal Otago - Long Point in the Catlins, Okia and Otapahi on the Otago Peninsula, Tavora in East Otago near Palmerston - which are run by the Yellow-Eyed Penguin Trust.

Pests such as ferrets, stoats and hedgehogs pose a major threat to the penguins by attacking their nests. Cats and dogs are also an issue. Some penguins have been attacked by dogs that were brought by tourists onto the beaches.

The long breeding season lasts from August through to March and each pair lays two eggs. Constant nest monitoring is necessary to ensure breeding success. A study conducted in the 1990s found that over 90% of the chicks may be lost if no protective measures are taken.

New innovative measures have been employing to help in monitoring the birds, such as micro-chipping, however the measures have to be taken to ensure the penguins do not become unduly stressed by the process.

Another question is that it is not possible to know if the main cause of mortality is predation on land or deaths at sea due to starvation and accidents with trawl nets.

In the South Otago region, a recent survey showed there are around 500 birds living in the area. At Long Point, the survivorship rate is good according to DOC, although chicks weigh a little less than average in the region.