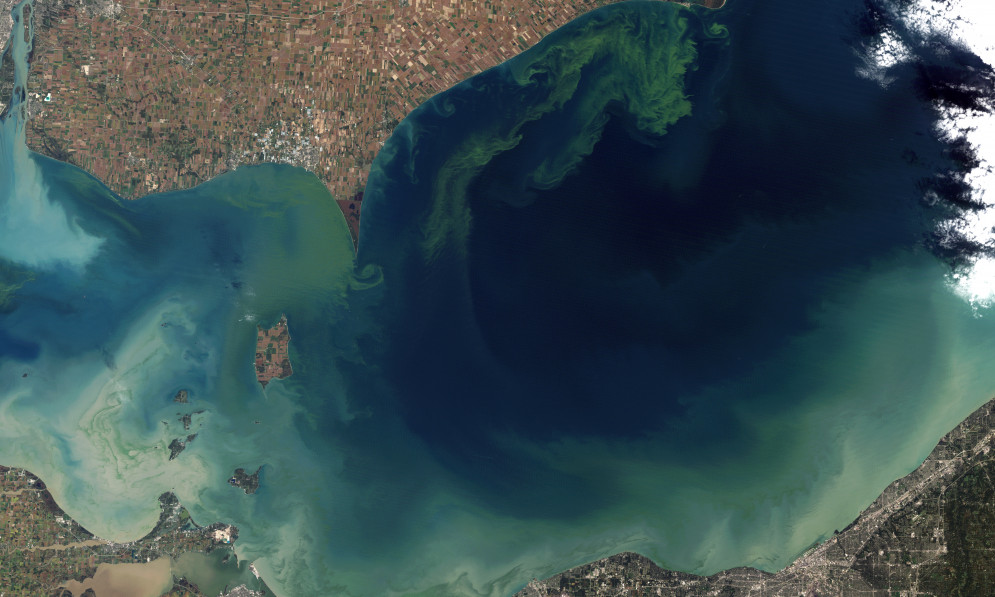 Fertiliser run-off and the subsequent pollution of rivers and oceans is a worldwide issue. At Lake Erie, between Canada and the USA, record torrential spring rains washed fertiliser into the lake,producing record algal blooms in 2011. Photo: taken from orbit, NASA.

We should be doing better when it comes to controlling pollution in our waterways. By Forest & Bird freshwater advocate Tom Kay.

Many countries, including China, have a nitrogen pollution “bottom line” of around 1.0 mg/l of DIN in their rivers, but New Zealand’s government has put a similar limit for our waterways in the “too hard” basket. 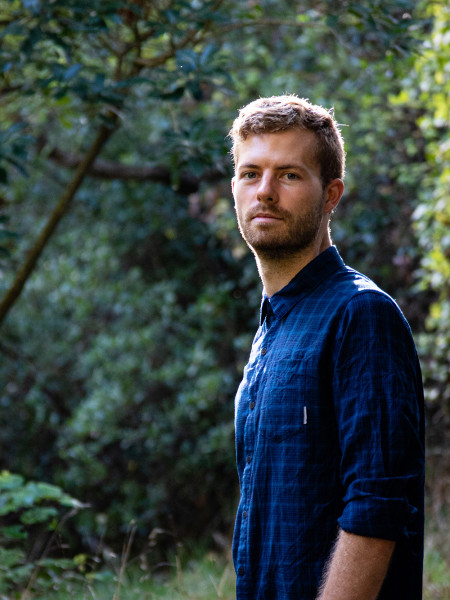 Almost all of New Zealand’s lowland rivers and lakes are polluted—with pathogens, sediment, and nutrients.

Pathogens are things that make humans sick – think E. coli, campylobacter, and cryptosporidium – while sediment is the fine soil that smothers riverbeds and makes them unliveable for fish and macroinvertebrates.

The good news is that pathogens and sediment are being dealt with under the recently enacted 2020 National Policy Statement (NPS) on freshwater management, which Forest & Bird has campaigned hard to achieve.

The “can that’s been kicked down the road” by the current government is nutrients – the chemicals that make plants grow.

We generally talk about nitrogen and phosphorus, which are the main components of agricultural fertilisers, because these cause the main problems in our rivers and streams.

On land and in our gardens, fertilisers are useful. But if they are allowed to run off into waterways, they feed weeds and algae, choking rivers and sucking up the dissolved oxygen that native fish need to breathe. At very high levels, nitrogen also has toxic effects on fish.

Setting limits on how much DIN or DRP pollution we should allow in our waterways has always been a contentious issue.

Forest & Bird has been advocating for years for the government to introduce stronger limits on the amount of nitrogen allowed in our rivers, lakes, and streams.

This article was published in the Spring 2020 issue of Forest & Bird magazine. 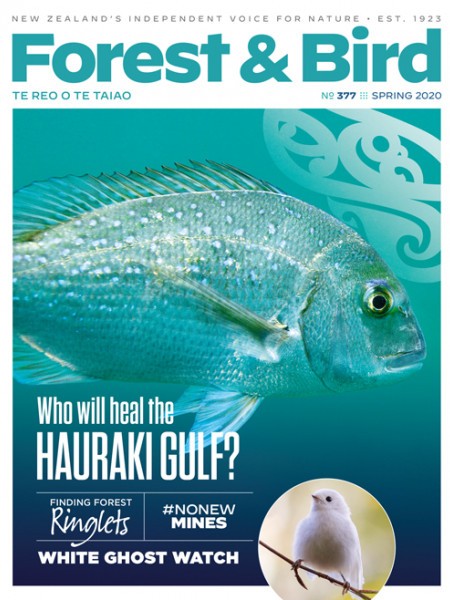 Interestingly, some regions have gone it alone and imposed stronger pollution controls using local regulations, usually as a result of staunch advocacy from groups like Forest & Bird in regional planning processes and Environment Court hearings.

For example, the Manawatū catchment has a nitrogen limit of 0.44 mg/l, while in Hawke’s Bay’s Tukituki catchment the limit is 0.8 mg/l.

Any new limit on nutrient pollution is perceived as a brake on agricultural activity and growth, which makes imposing national standards for lowering nitrogen pollution a politically tricky proposition.

Earlier this year, instead of listening to the science, our government folded to political pressure from industry.

While the 2020 NPS on Freshwater Management does include a slightly lower nitrogen “toxicity” limit, it does nothing to reduce the limit on the actual problems nutrients cause in our rivers.

Despite 14 out of 19 experts on the government’s freshwater Science and Technical Advisory Group recommending a DIN “bottom line” of 1.0 mg/l, ministers have pushed ahead without it, arguing that the scientists simply couldn’t agree.

But it’s not over yet. With a promised review of the DIN and DRP nutrient limits in 12 months, Forest & Bird will be pushing hard to ensure they make it into the regulations next time around.