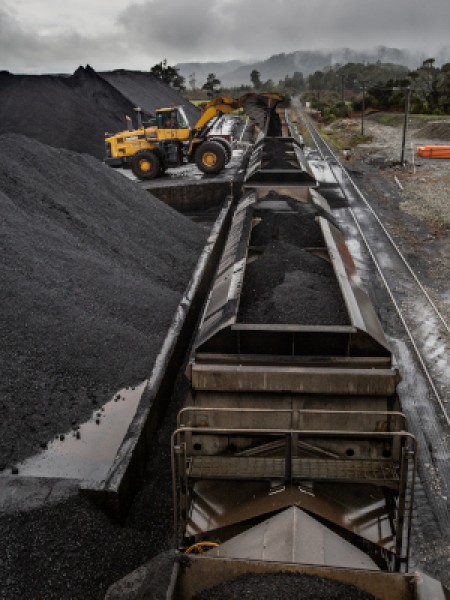 New Zealand burns about 2.5 million tonnes of coal per year, with the biggest users being industry, electricity, and stee making. Dairy factories account for about two-thirds of the total industry usage. Other much smaller industrial users include meat processing. Dairy companies use coal-fired boilers to create the large volumes of process heat required to turn fresh milk into milk powder for export.

Fonterra, the nation’s largest industrial dairy operator, has said it plans to stop using coal by 2037. Forest & Bird thinks this is too slow and the transition away from coal needs to speed up. The Climate Commission’s advice says one or two dairy factories need to stop burning coal each year from now on, with a steep decline in coal use between now and 2025. This is one reason why Forest & Bird is calling for no new or expanded coal mines.

Don't we need coal to keep the lights on?

The amount of coal burned for electricity generation in Aotearoa has dropped significantly since a massive peak in the early 2000s. We don’t use as much coal for electricity as we used to, and the gap can be filled by new wind and solar farms coming online. Huntly Power Station, which is owned by Genesis Energy, is New Zealand’s only coal-fired electricity generator and is used as a backup for when renewable electricity supplies are low. It currently burns about 800,000 tonnes of coal a year. Genesis Energy says it aims to only use coal in abnormal market conditions by 2025 and stop altogether by 2030. But the Climate Commission has said this should happen by the mid-2020s at the latest, and Forest & Bird agrees.

What about our future needs, such as charging electric cars?

Our population has increased by about 25%, or one million people, this century, but the demand for electricity has only risen by 13%. We’re getting better at using electricity efficiently – and could do a lot more. The Climate Commission estimates electricity generation will need to increase by 20% to 2035, as industry and transport sectors use more electricity. It says this will mainly come from wind and solar generation. But this is going to require strong measures from the government to stimulate renewable generation construction and stop coal use at Huntly Power Station. Part of the problem has been the uncertainty about whether Rio Tinto’s Tiwai Point aluminium smelter, which uses 13% of New Zealand’s electricity, will close and flood the market with renewable power. Because of this, even consented windfarms haven’t yet been built.

One option proposed recently is the production of green hydrogen in Southland, which could then help decarbonise heavy transportation and industrial processes. The drop in demand from Tiwai closing could also be used to allow some more water to flow down the long deprived Waiau River.

Aren't new coal mines needed for steel-making in the future?

Steel manufacture represents about 8% of global emissions because it uses coking coal to remove iron from iron ore. But this job can be done by hydrogen – without putting large amounts of carbon dioxide in the atmosphere. Green steel made in this way is closer than you might think. Most of the biggest steel companies already have projects under way, and production is due to start in the 2020s in several countries. It is expected to be price competitive in Europe by the 2030s, and this transition could be accelerated by better co-ordination, stronger targets, and targeted subsidies.

The International Energy Agency also expects the amount of recycled steel (produced using electric furnaces) to increase from 24% in 2020 to 37% in 2030. The upshot is that the world is going to need a lot less coal for steel by the time production at the New Zealand’s Stockton Mine, which exports about a million tonnes of coking coal a year for steel production, comes to an end by about 2030. 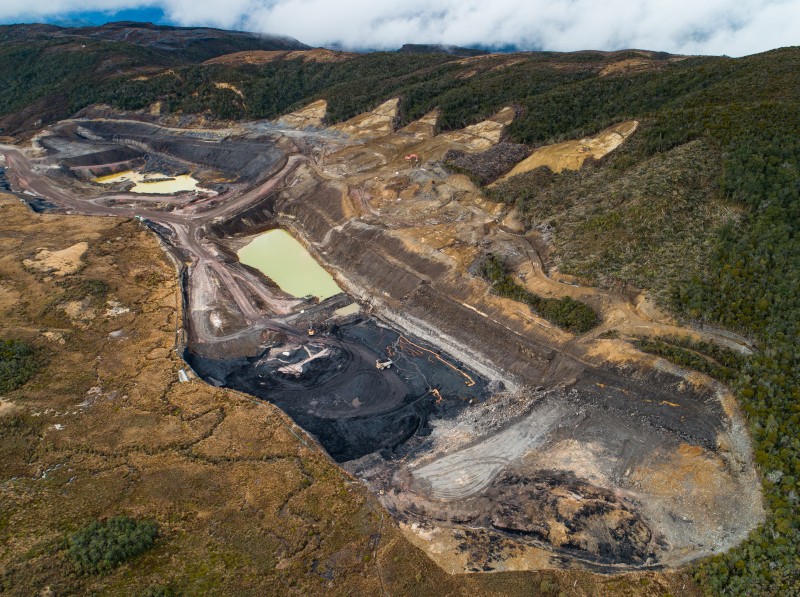 A important red-tussock wetland turned into an opencast coal mine. Credit: Neil Silverwood

Won't we have to import more coal if we stop building coal mines?

There’s been a lot of publicity recently about coal being imported from Indonesia. In fact, over the past 30 years, New Zealand has exported far more coal than it’s imported – about six times as much in total. But the point is that right now, and in the future, all coal use needs to rapidly decline to keep climate warming to 1.5ºC.

The things we need for a safe climate – Huntly to stop burning coal and Fonterra to accelerate its transition away from coal – mean demand for coal will drop both locally and internationally. So we won’t need to open new mines or import cheap coal from overseas.

What needs to happen next?

Recently, the International Energy Agency took the unprecedented step of calling for an end to all investment in new oil, gas, or coal. Developed countries such as New Zealand need to lead the way. The government needs to set out a clear policy banning all new and extended coal mines and phasing out the extraction of coal. This will give time for the coal industry to plan a just transition for its employees.

Long lead-in times mean that new mining operations approved in the 2020s could lock New Zealand into a high-emissions scenario well into the 2040s or, more likely, become expensive stranded assets in the future. For example, the Stockton Cypress Mine extension into the ecologically significant Happy Valley wetland was first mooted nearly 20 years ago but is only now producing coal. And, once the coal is exhausted or the mines become uneconomic, New Zealanders will be stuck with expensive environmental clean-up costs.

For industry laggards who prefer not to think about whether they’re contributing to dangerous climate change, we believe nothing will focus their minds quite like a limit. Moving away from our reliance on coal is affordable and feasible, but it requires strong action now – and one of those actions must be no new coal mines.