Forest & Bird has awarded Glenys Mather of West Auckland the prestigious Old Blue for nearly 20 years’ service to the Waitakere branch and especially for inspiring new generations of conservationists in the Kiwi Conservation Club. 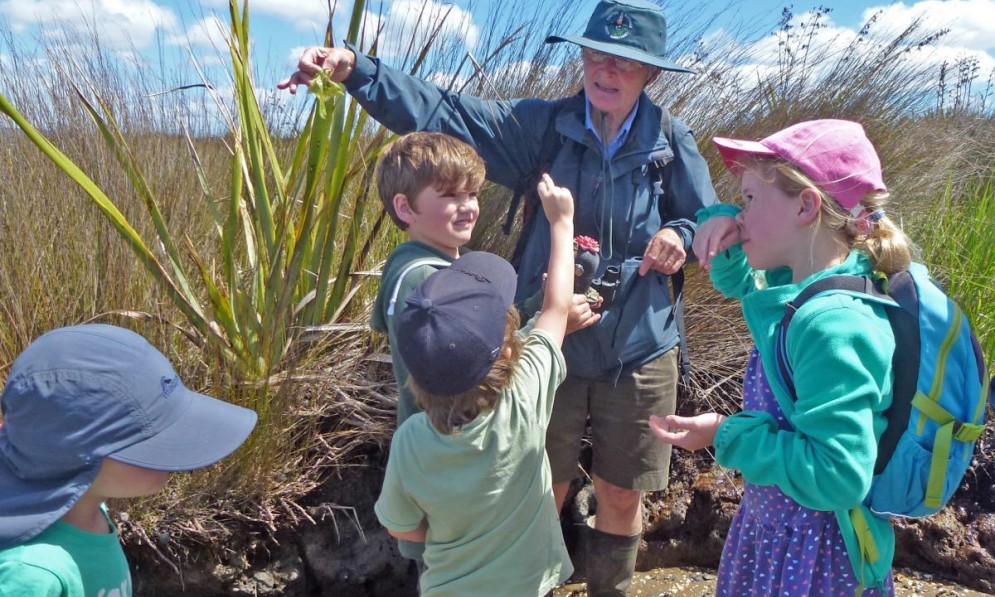 Glenys was a committee member of the branch from the late 1990s and was active in Waitakere’s work, including pest control in the Matuku Reserve. In 2001 she took over as the coordinator of the branch’s Kiwi Conservation Club (KCC) for primary school children.

“The Waitakere branch is very grateful to Glenys for all her work and support, and believes she can be satisfied at the major positive input she has been able to provide into many young people’s lives,” Waitakere branch’s John Staniland said.

“With a caring, patient and lovely nature, she relates to a child of any age and provides a healthy and holistic picture of the natural world to young people.”

Glenys poured her energy and commitment into educating and inspiring future conservation leaders. She was admired and respected by parents and loved by the KCC children, he said.

Glenys said developing the conservationists of tomorrow was a vital role for Forest & Bird.

“I think KCC is very important. I think these days there is a danger of children not getting out into the outdoors and learning the importance of the environment and everything that lives in it,” she said.

Glenys stepped down from her KCC role late last year ahead of a move north and retains fond memories of a decade and a half working with KCC members.

Glenys was presented with her Old Blue at Forest & Bird’s annual conference in Wellington on Saturday (June 24). The Old Blue is awarded annually by New Zealand’s largest independent conservation organisation to people who have made a significant contribution to Forest & Bird or to the organisation’s conservation goals.