Patricia (Pat) Heffey of Kamo has been awarded Forest & Bird’s leading Old Blue honour for her decades working to protect nature in Northland, including her leading role in saving Ngunguru Sandspit from development. 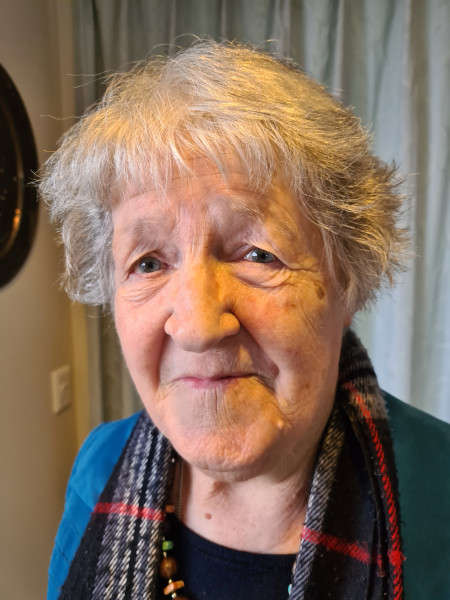 Former Forest & Bird Northern branch chair Jack Craw said Pat had never sought the limelight but her love of nature and of fairness motivated her half century involvement in Forest & Bird. Her passion for nature was also evident in her prolific letter writing to local papers and in her work as a teacher.

“She’s a humble person who thinks nature has its own rights and she hates to see it laid to waste,” Jack Craw said. “She’s determined but I’ve never seen her lose it, she’s very dignified.”

Pat has been involved in many conservation activities with Forest & Bird, including the revegetation and restoration of Matakohe-Limestone Island. She ran field trips and served as the Northern branch chair for a period during 25 years as a branch committee member.

The long-running campaign to save Ngunguru Sandspit became one of her main issues after she and her late husband moved there in the mid-1980s. The sandspit is an important site for coastal wildlife and plants and has great cultural significance for local Māori.

“I worked like a lunatic on saving the sandspit for about 20 years. Things were happening and nobody was doing anything at that stage, so I got to work and I was surprised how many people really cared,” Pat said.

The efforts of Pat and other campaigners paid off in 2011 when the government bought the sandspit and added it to the conservation estate.

“It was very satisfying but I couldn’t believe how long it took to achieve, it was decades.”

Pat said her activism came from a determination from a young age to think for herself and the realisation that many people did not have their voices heard.

“I’ve been able to meet lots of wonderful people over the years and it’s been lovely to know there has been that backing from all sorts of people.”

The Old Blue is awarded annually by New Zealand’s largest independent conservation organisation to people who have made an outstanding contribution to Forest & Bird or to the organisation’s conservation goals.