Kōkako Crowned Bird of the Year 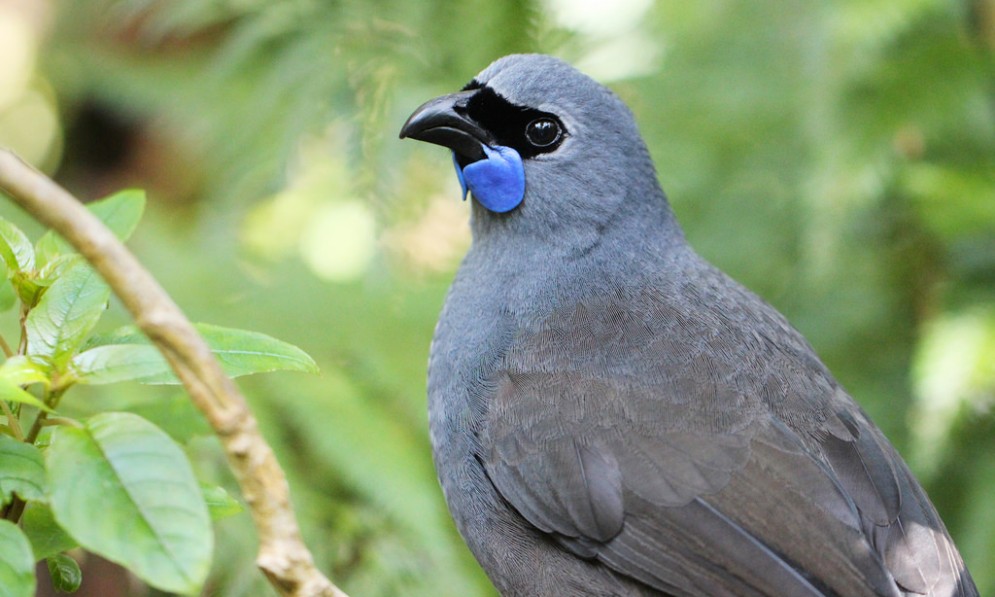 The Kōkako has been crowned New Zealand's Bird of the Year after two weeks of close competition and heated campaigning.

Best known for its deep organ-like call, the Kōkako is a large slate-grey bird with blue wattles.

Once threatened with extinction there were just 660 Kōkako left in 1999. But today, their numbers have passed 3000 individuals, and populations are recovering thanks to predator control and translocation programmes.

Like many of New Zealand’s native birds, the Kōkako is vulnerable to predation by introduced mammalian predators such as stoats, cats, possums and rats that kill eggs, young birds and adults.

The Kōkako’s successful campaign to win Bird of the Year was led by 16-year-old Oscar Thomas from Auckland, with help from the Rotoehu Ecological Trust in the Bay of Plenty.

“I first got interested in birds after my class visited Tiritiri Matangi Island when I was 10 years old. I didn’t see the Kōkako that day, but it was worth the return trip. It’s haunting call and ghostly appearance has fascinated me ever since” he said.

“It has the most beautiful call of all New Zealand’s birds and it’s the loudest in the forest. It sings with a deep, five-note call that makes the Tūī sound like an elaborate train wreck.”

While most teenagers have their eyes fixed on screens, Oscar can be found looking for birds. He is one of the youngest guides on Tiritiri Matangi, helps run a club for young birders, and has even volunteered to count rare birds on the Chatham Islands.

Oscar hopes the Bird of the Year title will raise awareness for the kōkako and all of New Zealand’s birds, many of which are threatened with extinction.

“I wanted to show people how special all our native birds are and what we stand to lose. 80 per cent of New Zealand’s birds are classified as at risk or threatened and if we don’t do anything to help them, they could be gone forever.”

The Kea came in second with 2608 votes followed by the Fantail (Pīwakawaka) with 1508 votes.

This is the first time the Kōkako has won the Bird of the Year title - it came second to the Bar-tailed Godwit (Kuaka) in 2015.