Forest & Bird has named Hillcrest teenager Oscar Thomas as winner of its 2017 Youth Award following an eventful year in which the 17-year-old plotted the successful campaign for the kōkako in the Bird of the Year contest. 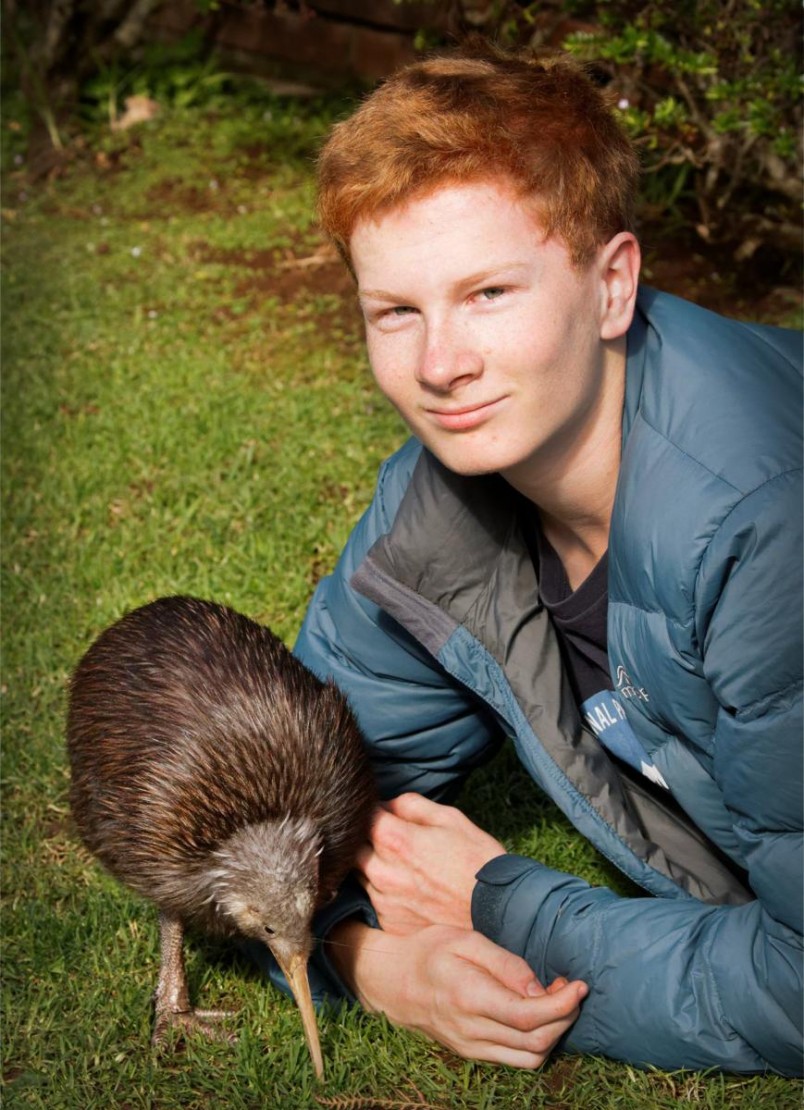 Asked to pick a highlight from the last year, Oscar described a trip to the Chatham Islands in September last year to monitor some of New Zealand’s rarest bird species as the best two weeks of his life. In the following month he led the campaign which saw the charismatic blue-wattled kōkako win the annual Forest & Bird competition.

Getting a story about his campaign broadcast on TVNZ’s Seven Sharp show helped ensure a comfortable win for the kōkako after the charismatic bird finished second the year before in a campaign Oscar also helped lead. Seven Sharp reporter Carolyn Robinson was greatly impressed by Oscar’s deep knowledge and passion for his chosen bird.

“He was just so great, so amazing, I was in awe of him. I really hope he can find a career in this sphere because he would do so much good,” she said.

Oscar’s interest in birds was kindled on a school visit to Tiritiri Matangi Island in 2010. He didn’t get to see the kōkako on that first visit but he’s had many opportunities since, especially since taking up guiding duties on the island in late 2015. More recently he’s helped out with research there, including joining fantail surveys and other bird counts.

He has also designed posters for the South Island Kōkako Trust, assisted Young Birders NZ, does little spotted kiwi monitoring at Shakespear Regional Park and helps with pest control in a local area of bush.

But the trip to the Chathams was the undoubted highlight as a Department of Conservation volunteer for a pre-breeding count of the critically endangered shore plover on Rangatira Island. He also saw black robins – an icon of New Zealand bird conservation – along with Chatham Island snipe and other rare birds.

So far Oscar has seen over 170 bird species in New Zealand and he is keen to add to the list. A future career involving bird research may be on the cards.

“I could definitely see myself doing something with birds. It’s my main interest and there’s a lot more to learn and plenty of work that has to be done to conserve them.”