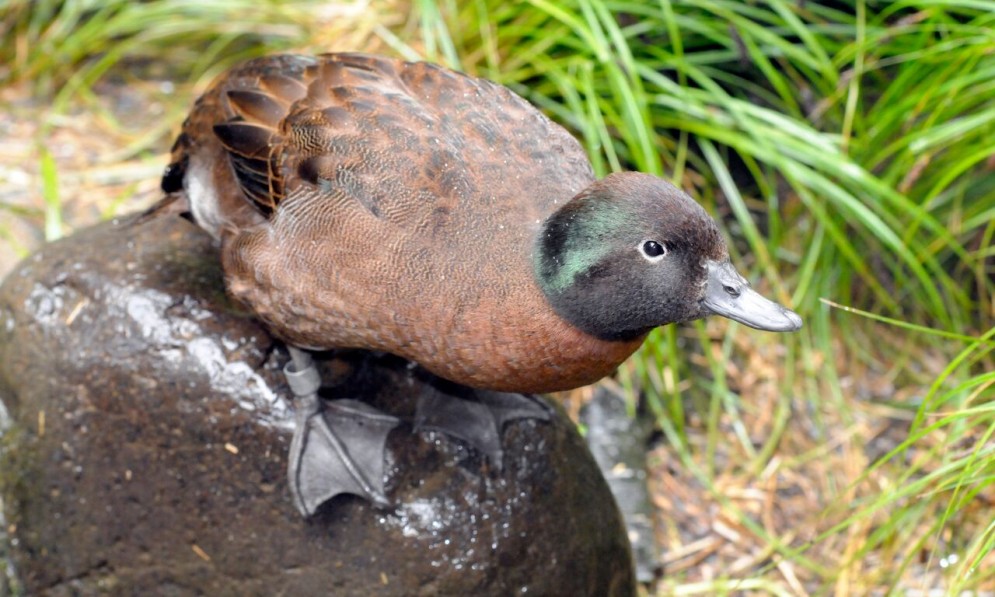 Forest & Bird says the Parliamentary Commissioner for the Environment’s (PCE’s) report on native birds makes clear that New Zealand’s environment is in crisis, with four out of every five native birds heading for extinction.

The environmental organisation says the PCE’s recommendations point to the major underlying environmental issue being that many Government departments aren’t funded or directed to protect the environment.

“The PCE’s recommendations for our native birds include increased and improved predator control, better habitat protection on land and at sea, and more funding for the Department of Conservation,” says Forest & Bird Chief Executive Kevin Hague.

“If the Government is serious about saving our native birds from extinction, they must properly fund the Department of Conservation and take a genuine whole of government approach, where all government agencies prioritise the conservation of our unique native species”

“If the Government is serious about saving our native birds from extinction, they must properly fund the Department of Conservation and take a genuine whole of government approach, where all government agencies prioritise the conservation of our unique native species,” says Mr Hague.

“Responsibility for our native wildlife lies not just with DOC, but also with MPI, LINZ, and MBIE. But these agencies are frequently guilty of enabling the demise of our native birds. Along with the disastrous underfunding of the Department of Conservation, it is no surprise that things have become as bad as they are for our birds.

“Nearly half the birds the PCE says are ‘in serious trouble’ are seabirds, yet MPI does little to prevent 15,000 birds dying every year in commercial fishing nets and on long-lines. The PCE has called for better monitoring of seabird bycatch, which Forest & Bird fully supports - along with improved fishing rules, and stronger enforcement of those rules.

“The PCE also recommends better habitat protection, especially focusing on braided rivers, drylands and river margins. LINZ must wake up to this. They are responsible for over 1.5 million hectares of high country, lake and river beds, but are failing to protect the black stilts, wrybills, black billed gulls, and other threatened species that live there.

At the same time, great spotted kiwi habitat is at also at risk from open cast coal mines the Government has proposed be allowed on the Buller Plateau and at Te Kuha near Westport.

“Forest & Bird welcomes the PCE’s report. Our native birds are in crisis, and need a genuine whole of government approach to bringing them back from the brink,” says Mr Hague.

“We know that when Government properly supports and funds conservation, bird populations can and do recover from critically low levels. Recovery programmes for takahe, kakapo and rowi have proven that where political commitment meets existing scientific expertise, a crisis can be transformed into a victory.

“All government agencies must prioritise the conservation of our unique native species. This will require an overhaul of those departments whose policies and actions are currently driving many of these animals to extinction.”

Seabirds killed by commercial fishing include: