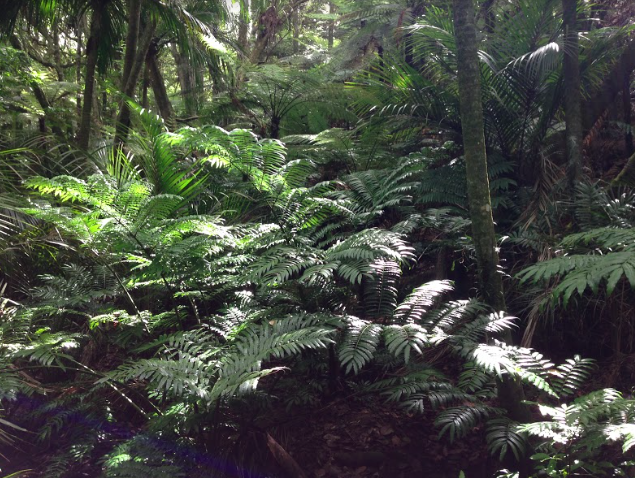 The 8ha Olive Davis Reserve in Ranfurly Road, Alfriston was gifted in 1980 and contains the historic cottage designed by Chapman-Taylor and built for Olive Davis in 1922.

Planting began in 1982 and was largely completed by 1987.  The ‘Hansel and Gretel’ house on South Auckland’s eight-hectare Olive Davis Reserve has recently been renovated. 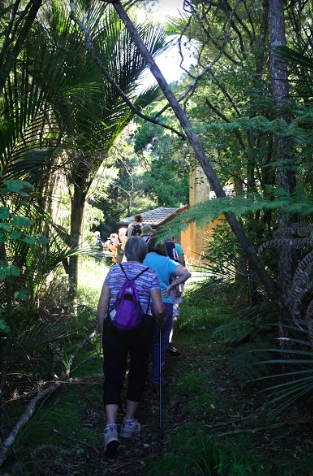 Over the years, the South Auckland Forest & Bird branch members have worked to give the house a proper storybook setting: a forest of puriri, totara and nikau palms. The picturesque reserve is well pest managed with continual replanting programmes showing positive results. There are plans of looking into setting up a nursery at some point for growing specific plants, for both the Olive Davis reserve and other areas the branch cares for.

The branch has completed a massive clean up of the Ngaheretuku reserve in Clevedon. This reserve is set on a steep tract of land that contains significant strands of secondary growth, such as kauri, kahikatea, totara, rimu, taraire, puriri and tanekaha. It also has one of the largest kahikatea in the Auckland region.

Unfortunately it had become a ‘dumping ground’ for rubbish including old fridges, televisions and furniture. This is very harmful to the wildlife that are commonly found in the reserve, such as tui, kereru, North Island fantail, silvereye and grey warbler.

The commitment of staff and volunteers has helped in restoring the reserve back into its natural state.   Weed and pest control are part of a continuing maintenance programme that members can participate in.

In addition to the above projects the South Auckland Branch has taken a major role in several revegetation projects:

Totara Park: From 1975 we planted a fenced area as our contribution to “Come Alive, Seventy-Five” and over the next seven years further areas were fenced by Manukau Parks and planted by Forest & Bird.

Maketu Pa Historic Reserve, Ramarama: In 1987 we were invited by Franklin Council to revegetate about 3ha of rough pasture. Ecosourced planting began in 1988 and continued annually until 1999 when the project was transferred to Forest & Bird’s Franklin Branch.

In 1998, having been instrumental in persuading the Manukau City Council to purchase the Mangemangeroa Reserve, we applied to Manukau Parks for permission to restore natural eco-sourced vegetation in a badly eroded gully. Planting began as a Millenium Project in 2000 and since 2002 has continued in conjunction with The Friends of Mangemangeroa.