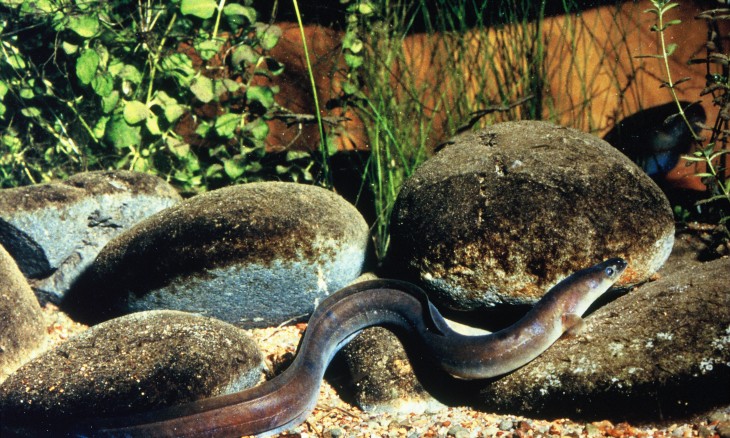 The expansion of  farms in the Waikato region has led to a 75% reduction in wetlands since the 1840s and consequent loss of habitat for a number of species, including the endangered brown teal and the longfin eel.

Longfin eels can live up to 150 years and they only breed at the very end of their lives. The slow reproduction rate makes their population, which is already under pressure by commercial fishing, very sensitive to any ecological impact.

Brown teals were once largely widespread in the mainland, but due to habitat loss they are now found as a major population only in Great Barrier Island.

The Maui’s dolphin population has been reduced significantly as a result of commercial fishing. Trawling and set nets pose a significant threat to Maui's dolphins. Once they were widespread, and could be found around North Island's coastline.  Now, there are only around 55 individuals left.

This beautiful grey, white and black dolphin is the smallest in the world and is only found between Kaipara Harbour and Taranaki, so may be seen off the Raglan coast. Maui’s Dolphins are being monitored by DOC and the Maui’s Dolphin recovery group, which was set up in 2009.

Predator pests
Common pests such as rats, stoats and possums are found throughout the region. Control in reserves is essential as they pose a threat to threatened bird species and native vegetation.