Pest control is probably the major priority of most conservation activity these days, and cutting edge research is being done to develop more efficient techniques.

In the 80s and 90s most of our conservation effort was going into saving both public and private forests from being destroyed by logging, but with victory in those struggles the focus has shifted to saving the forests from the threat of introduced mammals which inevitably degrade the habitat from within. 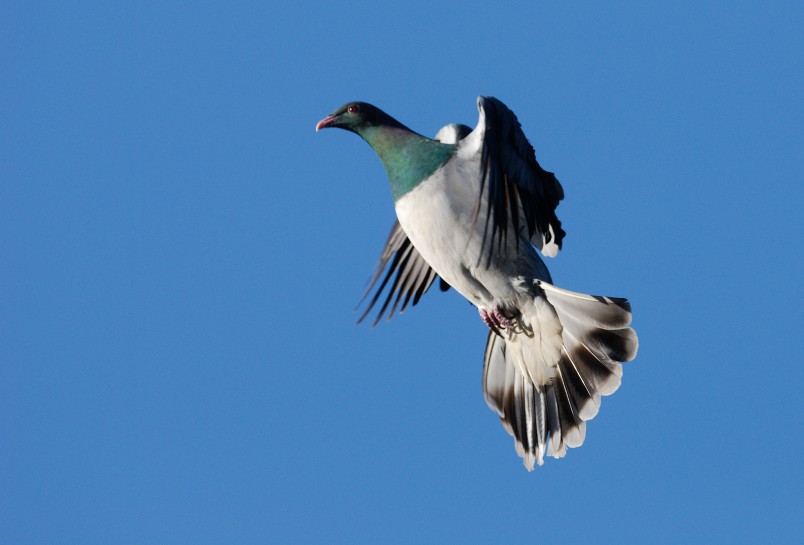 The three most destructive mammals, among some others, are possums, rats, and the mustelid group (weasels, ferrets, and especially stoats). I will leave mustelids to another article as their control is a bit more specialised.

The first thing I must say is that although these animals are very destructive and have no natural place in New Zealand, they deserve the respect of a humane death. We all wish for some biological or reproductive control, but that is some way off, if ever, and for the foreseeable future restoring habitat suitable for our native birds and creatures demands that we kill mammals as humanely as possible.

Possums
Left unchecked, these marsupials will over time change the entire character of our native forests to a simpler and less diverse open treeland which will either not support some native species at all, or not allow other tougher species to build up to good numbers. Possums will not eat many major trees such as kauri and rimu, but they relish many fruit and nectar-bearing shrubs and trees that are important to our native birds such as northern rata, pohutukawa, tree Fuchsia, and kohekohe. Possums are not entirely vegetarian as they also attack the nests of birds, eating both eggs and chicks. 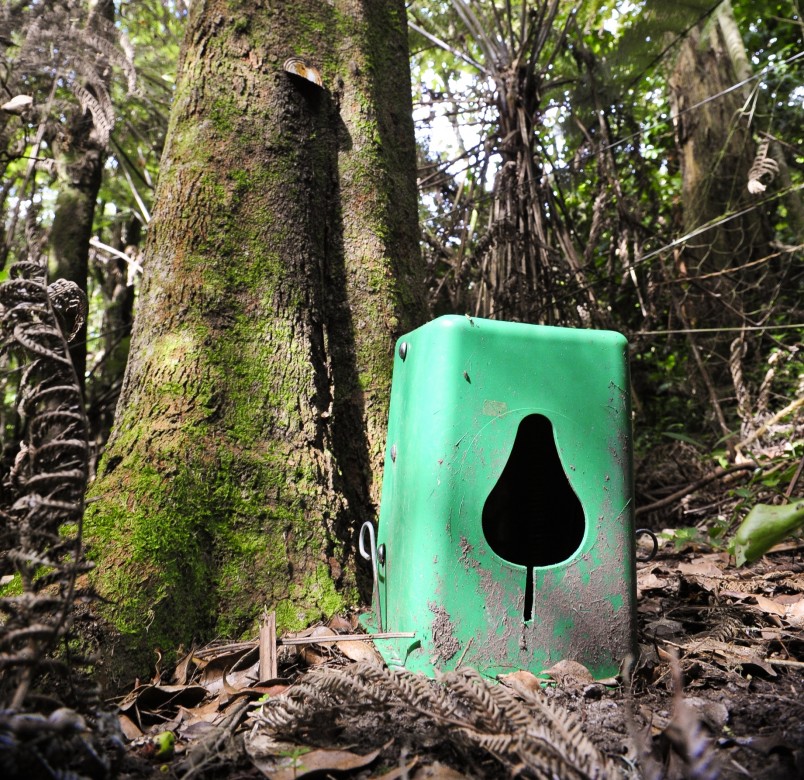 You will know if your property has them, by damage to fruit trees, roses etc or by the quite loud and strange nocturnal throaty wheeze made by the male.
Where there are only a few possums present an easy method of control is the Timms kill trap available from many hardware stores.

This bright yellow strongly built square plastic device, which kills quickly and humanely, can be set and sprung without risking hands, by using the cord at its rear. The trap is baited with a firm quarter apple or other fruit like orange or kiwifruit (smearing it with jam or curry powder will increase its attractiveness). Replace bait every two days. By slightly pulling the release cord and shaking, the animal will fall onto the ground without you having to touch it if you are squeamish. There is no blood, and the animal can be disposed of either by burying it shallowly, or by wrapping it in newspaper and putting out in the weekly rubbish collection (hint: splash package with strong smelling disinfectant to deter dogs).

If you are concerned about your household cat when the new trap arrives, put the unset trap out for several nights and sprinkle pepper or curry powder in front of it to discourage it, or train it to be frightened by the loud bang when you set off the trap by hitting the top (once or twice should be enough to teach it). Set off the trap in the morning, if you wish, so no animal can be caught, and reset in the evening. Best of all, keep the cat inside, especially at night, as all cats predate wildlife such as large native insects and lizards, no matter what owners may claim to the contrary!

Possums can also be effectively controlled with bait stations and poison pellets, which very fortunately also kill rats, as explained in the next section.

Rats
People are often surprised to learn that these nocturnal rodents are everywhere through forest or any areas with trees. There are two species, Norway rat which tends to live near the ground around waterways, and Ship rat which is particularly destructive in forests as it is a brilliant climber being able to run almost to the end of slender branchlets with them barely trembling. Ship rats destroy millions of nests every year in NZ, and bringing down their numbers is really the heart of any pest control programme. They can be kept in check using snap traps under covers to prevent birds being caught, the best bait being peanut butter or white chocolate buttons on the trigger plate. However once a trap has sprung it is no longer working for you and since they breed so rapidly and new recruits just keep arriving, the most efficient method is the use of poison which with care is working for you all the time.

There are several formulations, but by far the best is Pestoff Possum Bait, a second generation anti-coagulant poison in the form of blue cereal pellets with an attractant added, which has the advantage of killing both possums and rats when used in plastic bait stations. The active ingredient is Brodifacoum which needs no licence to use, as it is for sale, in different forms, in hardware stores. It has an agent added to make it bitter tasting to be unattractive to dogs, but in case of unintended poisoning, as shown by bleeding around bare skin, Vitamin K therapy by a vet is totally effective. The good thing about this poison is that it does not make the possum or rat feel unwell for a time, so allowing the animal to take enough over several nights for a lethal dose. It then just goes sleepy and dies in its burrow or hiding place; it is rare to find the dead animal. The bulk bait must be stored in a waterproof and airtight container and kept in a cool dry place, or it will deteriorate. 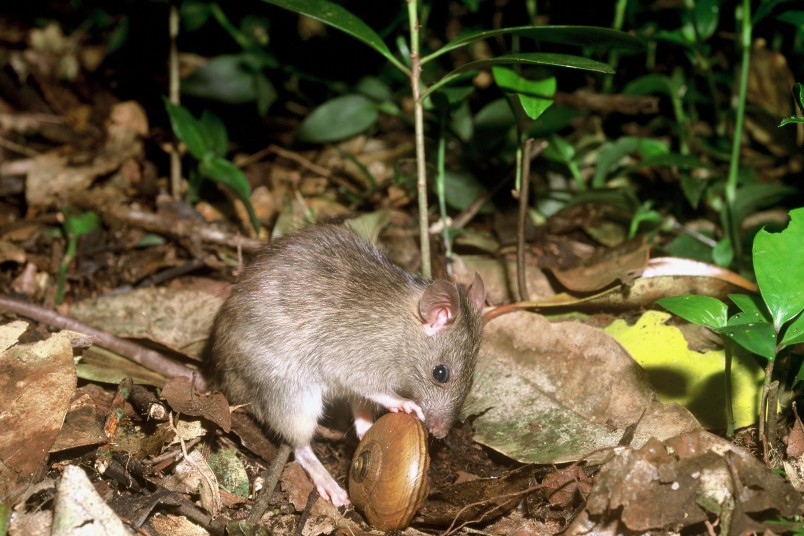 A very cheap way of applying and protecting the bait is to place the pellets loose in the centre of a piece of pipe or ‘Novaflo’ drainage coil about 30 to 40 cm long and held down on the ground by two wire hoops. However this is only suitable for rats, and if you want to control both pests, the best and most permanent method is to purchase Philproof Mini possum bait stationswhich are definitely the best design available, and are what we use in Matuku Reserve and in our ‘Ark in the Park’ project. These are white heavy-duty recycled plastic devices with a removable floor which protect the bait from the weather and from non-target species. They are attached by one nail to a tree trunk and they should be mounted so that the base is about one stretched hand span from the ground.

The bait pellets can be put in loose, but since over time they take up damp from the atmosphere and can go mouldy, I strongly recommend you follow what we do on our projects: put 120-150 grams of the bait in a small plastic bag sealed tightly with a twisty tie or rubber band and clip it in to the base of the station. The plastic allows the attractive cinnamon aroma to escape but not the water vapour to enter, resulting in the bait remaining fresher and viable for much longer. The animal easily eats through the bag. When beginning a baiting programme you should ensure there is always bait in the stations for 2 to 3 weeks to let the pests get a lethal dose. After that, if bait take falls off, you can use the pulsing method which is to put in a bag of fresh bait about once a month. Replace old powdery or mouldy bait unattractive to animals with fresh bait. It is vital not to leave old unused bait out in the bush where it can contaminate the soil surface, but to bring it back and put out with the rubbish which will be safely buried deep in a landfill.

How many bait stations will you need to control both rats and possums? Two will be adequate at corners of a small bushy section. On a one hectare block (which is 100x100 metres=10,000 square metres, or 2 1/2 acres) at least six bait stations will be needed, spread out evenly at a 50 metre spacing.

How can you measure success? You should eventually notice more native birds around - I have tui and kereru nesting in the bush around my house because of my pest control. An optional but good idea is to use Black Trakka monitoring tunnels. These lightweight polypropylene tunnels into which are placed pre-inked tracking cards allow identification of small mammals by the size and shape of their feet passing through (attracted by a piece of peanut butter) as pictured clearly on the back of the cards. Put two or three out permanently in the same positions before you start the control, and then see if the numbers of tracked animals decline after a few weeks of baiting.