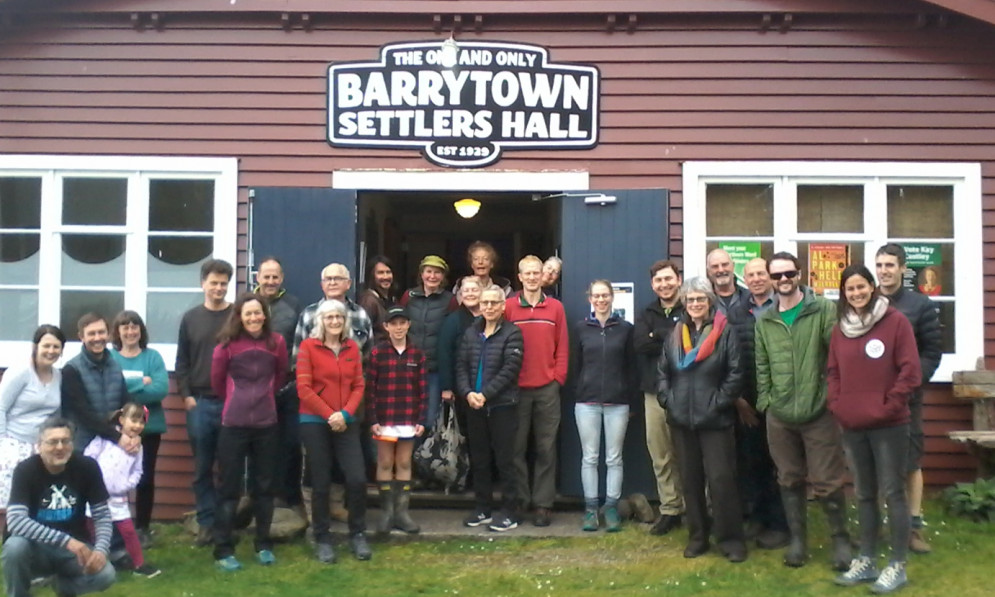 A dawn chorus recording opened a gathering of predator trapping groups from the Punakaiki and Barrytown areas of the West Coast over the weekend. With 25 million native birds killed each year by predators like stoats and rats, such groups play an important role in keeping the dawn chorus alive.

Over the past year, local trapping groups have been intensifying their trap networks, new backyard trappers have sprung up, and a Host a Trap initiative along the Barrytown Flats has begun. It is hoped with community participation this new trap line will eventually cover the 18km long coastal lowlands. “It will complement the existing trap networks and together will help stem the flow of predators between the rugged back country and the coastal plains,” said Suzanne Hills, Coordinator of the Coast Road trapping groups.

West Coast trapping groups are not only helping forest birds, but also nesting seabirds including the Westland Petrel and Blue Penguin. Last summer the trapping efforts of Predator Free Punakaiki helped the White-fronted Tern successfully raise fledglings on nesting sites scattered around the iconic Pancake Rocks. “The terns are successful breeders on the predator-free sea stacks, but this was the first time in many years since chicks had been seen on the mainland of Dolomite Point,” said Grant Parrett, team leader of the Punakaiki project. Similarly, the inspiring presentation from Kristel Van Houte of the Karioi Project in Raglan described how community-led predator trapping has been the key to the wonderfully named Oi (grey faced petrel) successfully raising fledglings again on the coastal mountain of Karioi.

Skills based workshops were a large part of the gathering and participants gained skills and knowledge on different types of traps, using trail cameras to monitor predators, setting up a project on the trap.nz website and indentifying bird song. Children also had fun making weta motels and lizard lounges to provide predator-safe havens in their backyards, and constructing a simple tracking tunnel to discover what predators might be present. Participants also enjoyed a guided tour of the Barrytown School trap line led by two of the school children.
Over 1000 predators have been trapped by the local projects over the past 12 months, but as the work is ongoing, groups are always looking for more volunteer help. If you would like to get involved in a local trapping group then please get in touch.