Walking tracks: There are two tracks. The main loop track takes between one and a half and two hours to complete; it is medium difficulty and includes some steps. The Valder track is easier and takes 30 minutes. A map at the start of the tracks shows their comparative lengths.

Fossilised bird remains of 19 species including pio pio and huia and 12 species of moa makes this one of the most significant avian hotspots within New Zealand. Although Maori were responsible for many of these extinctions, their occupation had little impact on the forestland, and Maori resistance in the King country meant that this was one of the last places in New Zealand to be colonised by Europeans.

After the main trunk railway was extended into the King Country, reaching Te Kuiti in 1887 Europeans slowly began to occupy the area. Soon after, much of the region was cleared for the milling of native timber which reached a peak in the mid-1950’s.

The Walter Scott Reserve was gifted to the Waikato Branch of Forest and Bird in 1963 by Lilian Valder and her sister, who farmed on the slopes of Pirongia. It was gazetted a reserve in 1966 at which time it was but one part of a much larger area of bush. Today, however, it is surrounded by farmland.

The vegetation in the reserve consists of tawa-kamahi forest with pukatea, miro, king ferns and the occasional hinau. There is a large kahikatea in the streambed of the Pekanui Stream which is estimated to be around 600 years old and some impressive pukatea on Valder walk.

Birdlife in the area has flourished due to ongoing pest control & planting projects undertaken by the Waikato branch. 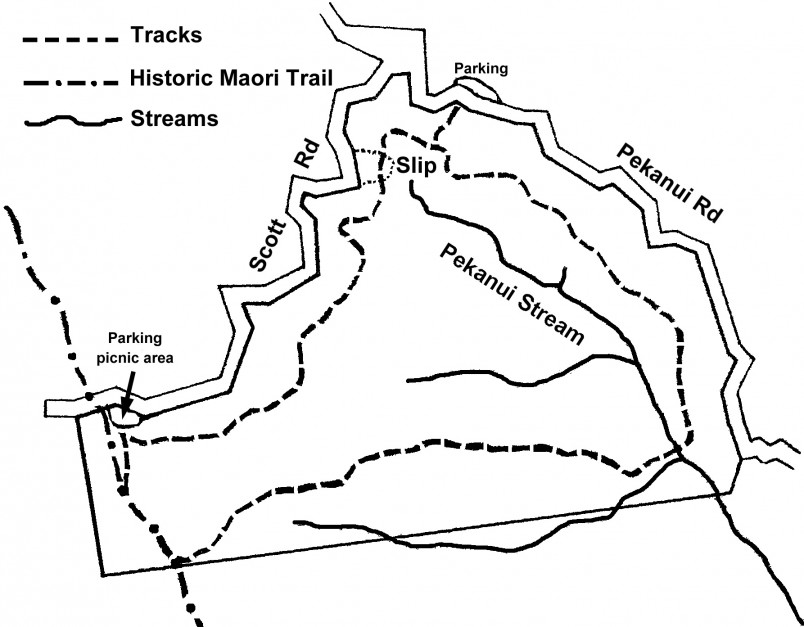 Getting there: The reserve is situated on the southern foothills of Mount Pirongia at the intersection of Scott and Pekanui Roads off Pirongia-Kawhia Road. It is 2kms west of Ngutunui and 27kms west of Te Awamutu

The Ministry for the Environment’s latest environmental report presents a damning indictment of the way food is produced in New Zealand.

Forest & Bird has for many years had a strong interest and involvement in the greater Auckland area. Our strategic vision for the region is:

Forest & Bird is calling on the Department of Conservation to decline an application for a new opencast mine that would destroy native forest on conservation land.

The Government has caved to pressure from industry by backing away from rules that would protect Southland’s rivers from pollution.

A rāhui has been placed around Waiheke Island for the next two years by local iwi Ngāti Pāoa supported by the local Waiheke community.

Lake Clearwater in Ashburton Basin lakes is closed as of yesterday until further notice due to terrible water quality from a potentially toxic algal bloom.