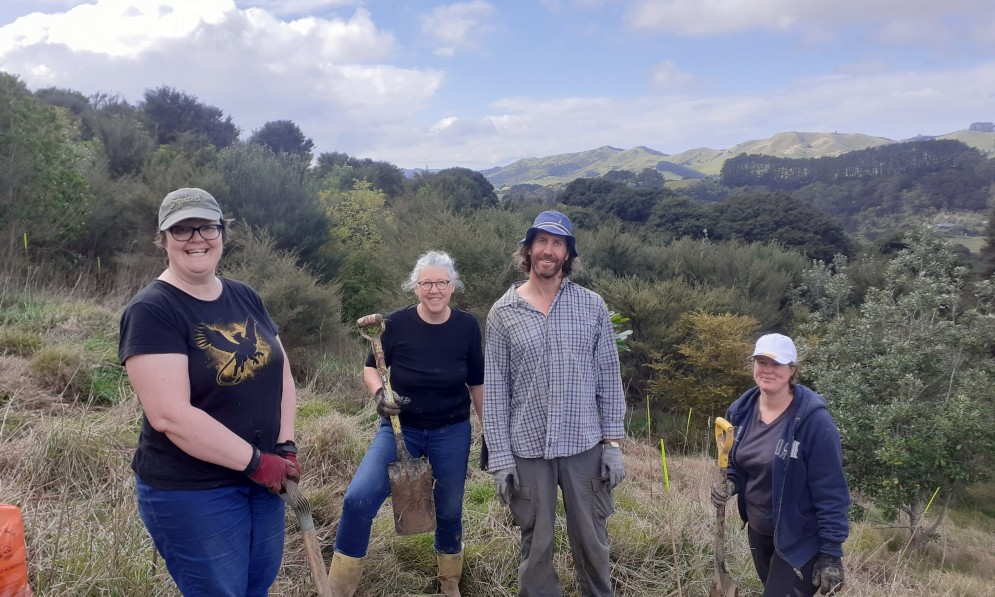 The Branch Award recognises the hard work a branch puts into everything from controlling pest plants and animals, restoring native ecosystems, planting trees, or doing advocacy work. The award reflects the Māori whakataukī: Ehara tāku toa i te toa takitaki, engari he toa takatini: We succeed not by individual achievement but through the help and support of family friends and colleagues.

The Te Kaiārahi Rangatahi o te Taiao Youth Award recognises a special young person who shows remarkable initiative, all the characteristics of a future conservation leader, and who is making a difference to protect and restore our natural environment.

The award comes in the branch’s 40th year, and in those 40 years the volunteer group’s activity has changed the landscape on Waiheke.

The Hauraki branch and volunteers also played a leading role in the revegetation of Tiritiri Mātangi Island Open Sanctuary. They were instrumental in securing the Te Matuku Marine Reserve and contributed funds to purchase the land for the Hauraki Gulf’s first regional park, Waiheke’s popular Whakanewha Regional Park, saving it from becoming a coastal subdivision.

The branch’s biggest achievement is Atawhai-Whenua Reserve, which was replanted from a sheep farm “tree by tree, plant by plant” by a handful of volunteers, led by the late Don Chapple. Now it’s a thriving coastal forest.

The branch is also seeing amazing results from their hard work in Onetangi Reserve, which is essentially rat free and has been home to nesting kākā since 2016.

In recent years, Waiheke has become a focal point for conservation action in the region, with significant investment in making Waiheke predator free, and a live application by Forest & Bird branch veterans (working as ‘Friends of the Hauraki Gulf’) to establish a marine reserve off the island’s north-western corner. 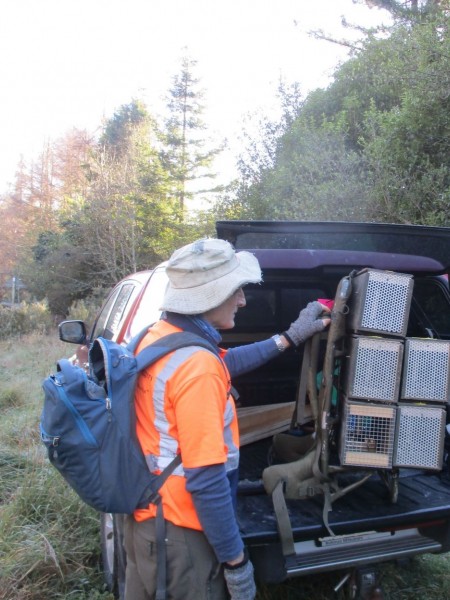 Forest & Bird's Rotorua branch has proved that good things take time, and great things take a bit longer. Twenty years ago, the volunteer group began a trapping and baiting programme to protect the last native mistletoe plants that had managed to escape the attention of hungry possums near Lake Tikitapu (Blue Lake).

The branch’s pest control project has expanded over the years to cover 150ha of DOC (Department of Conservation) land on the shores of Lake Tikitapu, targeting possums and rats, and knocking off the odd wallaby for good measure.

From just 217 mistletoe plants in the early 2000s, close to 3500 individual plants were recently identified. Now locals are not only noticing mistletoe in their gardens and backyards, but also kereru, tui, and touhou, while robin and tomtit numbers are also increasing in the project boundaries.

The project has become a focal point for community involvement, with Rotorua’s Youth hub members getting involved, the Rotorua Botanical Society taking a lead on weed control, and many others contributing energy and expertise too.

The branch looks after the Violet Bonnington Reserve, purchased in 2006 with a bequest from Ms Violet Bonnington, 1899 - 85, who during her distinguished nursing career was Matron of Rotorua hospital. The reserve provides the only public access from Paradise Valley Rd to the Mt Ngongotaha Bush Reserve - which didn’t otherwise have easy access for locals. Years of eco-sourced planting followed to transform the half hectare of paddock to a regenerating forest. 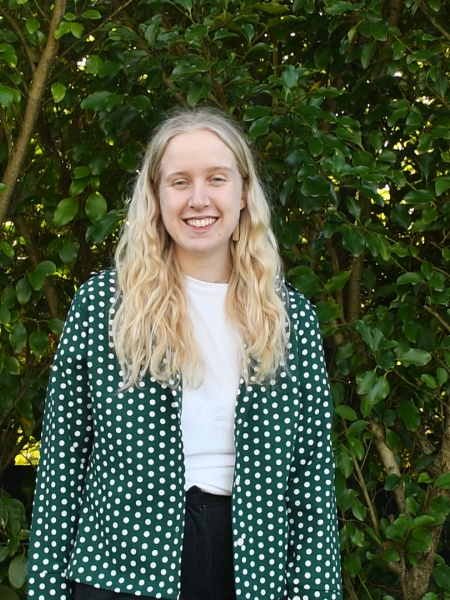 Joining Forest & Bird Youth allowed Gemma to incorporate her studies with her interests and love of nature, and recognising her skills, she was soon shoulder-tapped for the role of Youth Communications Manager. In September 2021, she was approached again for the Youth Co-Director role alongside Connor Wallace.

Over the last two years she has recruited 12 Youth members to form the Youth communications team, helped set up several new regional Youth hubs in the South Island (Nelson, Southern and North Canterbury), established a school and education team creating resources for schools and led the 2022 national Youth hui.

As Co-Director Gemma’s also a core member of the Youth campaigns team. In the last six months they have put forward submissions on the Draft national adaptation plan, lobbied Wellington City Council to invest in nature restoration, and in a climate campaign called on the government to get on with it.

Gemma is seen as an incredibly inspiring leader. Her impact can be seen across the Youth Network, as she works effectively with all team members and goes out of her way to empower and support others on their journeys.

She is grateful for the support, hope and guidance from Forest & Bird Youth colleagues and knows that together they are all doing their best to protect nature for future generations.

Join us to be a voice for nature. We are an independent conservation charity who for more than 90 years has worked to protect New Zealand's wildlife and wild places.