How to catch a bat

Laura Keown heads to Forest & Bird’s bat recovery project in Marlborough to learn how to trap and tag a long-tailed bat – in the name of conservation of course! 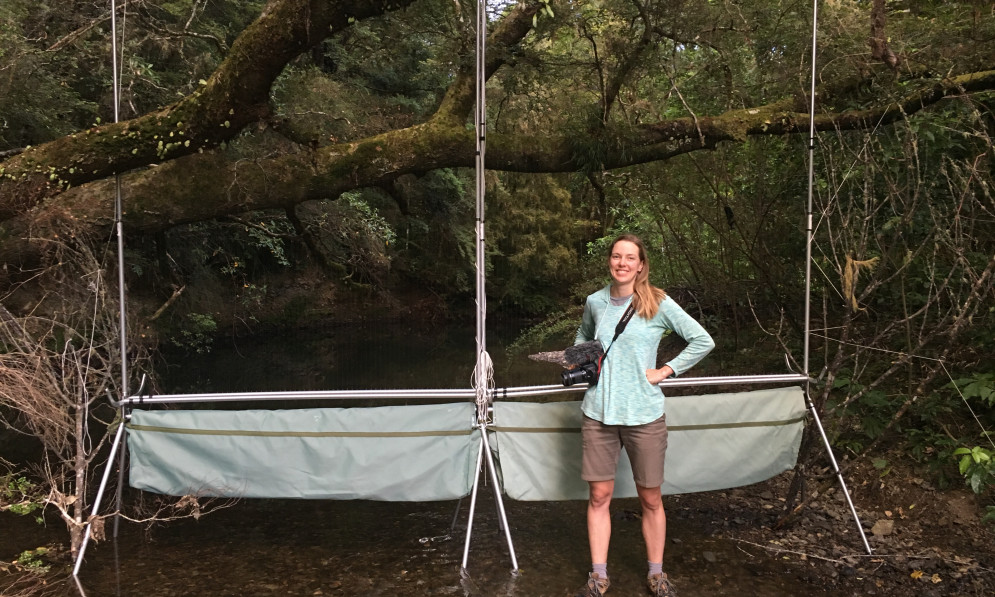 I was brimming with anticipation when four of us set off to check bat traps before dawn in Marlborough’s Rai Valley. As we drove the short journey to Carluke Scenic Reserve, and carried bat-tracking equipment into the bush in the darkness, everyone’s hopes were running high, even though we knew catching a bat would be hard.

But we were lucky! At the very first harp trap we checked, Forest & Bird’s Bat Recovery Project manager Gillian Dennis announced we had caught one! We were ecstatic, but we had to collect ourselves for the serious business of processing and tracking this special – and critically endangered – creature.

Forest & Bird’s monitoring at our Top of the South Te Hoiere/Pelorus Bat Recovery Project started in December and ran through the whole of January. It is the first season of a three-year research programme to learn more about the long-tailed bat populations in the Pelorus and Rai Valley areas of Marlborough, in particular where they roost and whether their populations are increasing.

After fears they would only be able to tag a handful of bats, Gillian Dennis and her team were delighted to catch 18 bats over the summer. And they have identified a new population of long-tailed bats in the Brown River area, north of Pelorus, an exciting new find. 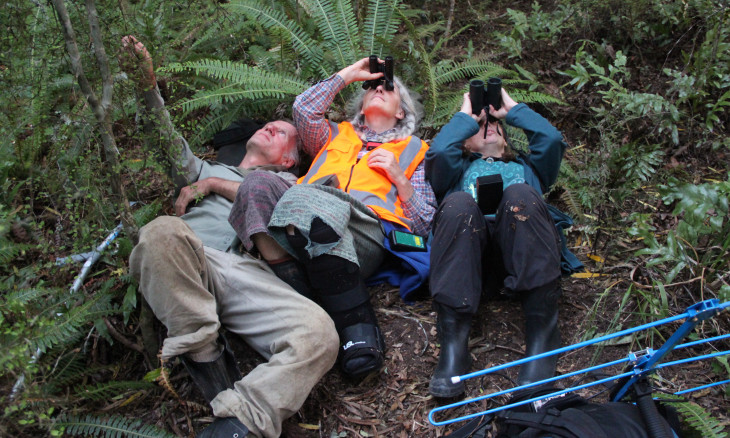 Debs Martin, Forest & Bird’s regional manager for the Top of the South Island, founded the Bat Recovery Project more than a decade ago, and has been involved in protecting the population of long-tailed bats at Pelorus Bridge Scenic Reserve, or Te Hoiere, ever since. Her dedicated team of volunteer trappers protect the bat population from the rats and stoats that would otherwise decimate their numbers.

Their work is about to get much harder with this year’s mega-mast (mass seeding and fruiting event that will lead to an explosion in the number of predators). All the signs are that this year’s masting event is going to be so big that it could threaten the local population with extinction.

Hopefully the bat-monitoring project will help. Primarily funded by the Department of Conservation and the Rata Foundation, Forest & Bird’s generous supporters also contributed more than $7,000 to the project’s overall costs.

The aim was to catch bats during their summer breeding season, and track them to their roost sites, high in the mixed beech-podocarp forest canopy, which can then be prioritised for predator control by Debs’ trapping volunteers.

“The process of catching a bat starts with using acoustic monitors in the sites where we think bats could be, and also that we think are good places to put up bat traps,” explains Gillian Dennis.

“After a few nights of recording, we can look at the monitors to see how much bat activity there is. If it’s a busy site, we’ll set up a specially designed harp trap.”

Harp traps have fine lines running vertically through a large metal frame, much like the strings of a harp. “The idea is that the bats won’t detect the strings in the harp trap with their echo-location calls, and when they fly into them they’ll fall down into a catch bag where they’re safely tucked away until we come around and check the trap.”

If the bat that’s caught is large enough, they’ll have a tiny radio transmitter (that weighs less than a gram) put on their back with a dab of glue. “That transmitter, which is only 6% of the bat’s weight, naturally falls off after about 10 days, so it doesn’t bother the bat,” she says.

When caught, the bat has its age and sex recorded and gets a permanent ID band put onto its forearm before being released to fly home. “We radio track the bats to find out where they’re roosting. If we find a tree with a roost that’s trappable, then we can set up another harp trap to catch the bats as they emerge for the evening. This gives us a lot more information about the population,” says Gillian.

But catching bats takes a lot of patience too. “Probably more than half the time the traps are empty,” Gillian says. “It partly depends where the bats have roosted and where they’re active. It might take a few nights before a bat appears in your trap. I’ve always got my fingers crossed.”

Forest & Bird volunteer Michael North has been working on the Bat Recovery Project for the past eight years, and says the recent discovery of bats in the Rai Valley’s Brown River Reserve changes everything.

“The Department of Conservation hasn’t been doing predator control in this reserve – it wasn’t known that there are endangered species here,” Michael says. “Now that we know they’re roosting and breeding here we can do more to protect them.”

The first season of catching bats has achieved a great deal but has also faced some challenges. For example, the team weren’t able to catch any bats in the Pelorus Reserve. “The bats there tend to stay up really high, and there’s a lack of good trapping sites where the trees help to funnel them down to our harp traps,” says Gillian.

“We’re going to try again next season, and hopefully we can use some acoustic lures to entice them down to the level of the traps.”

“We want to learn about the demographics of the population and whether the predator control being carried out in the area is effective.”

As my night with the bats turned to dawn, we released the adult female bat with her newly fitted transmitter to fly back to the roost. 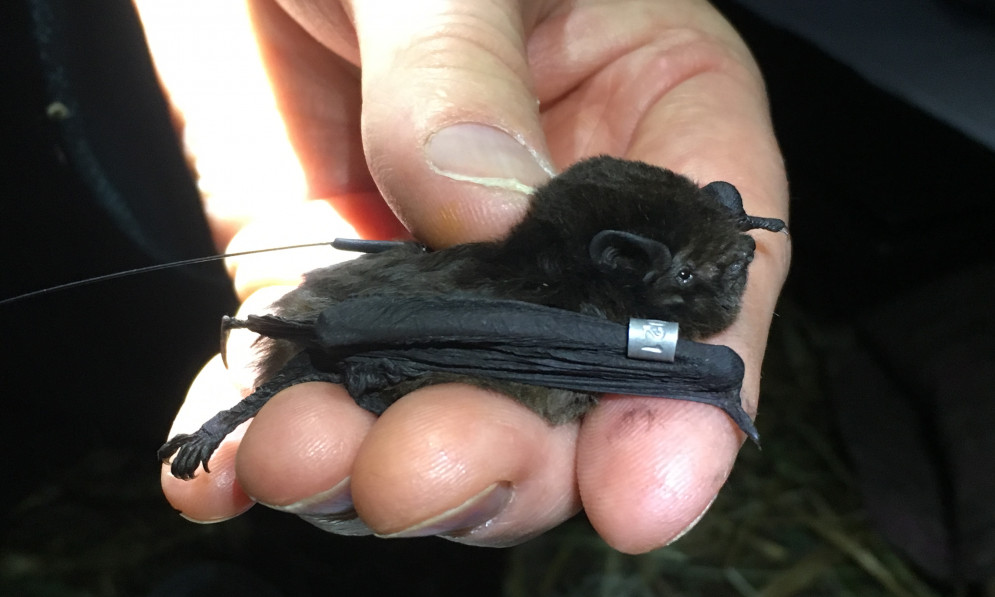 Female long-tailed bat with a tiny radio transmitter on its back ready to be released back into the forest. Photo: Laura Keown

The team walked out of the bush buzzing with excitement. Debs was thrilled with her first close encounter with one of the long-tailed bats she’s been working to protect for 15 years.

As we passed a popular camping ground just over the river, we reflected on how the campers there probably have no idea that there is an incredibly rare native species silently swooping in the nearby forest every night.

Perhaps the most enchanting thing about getting up close and personal to a long-tailed bat is imagining how many times one of these amazing mammals may have passed you in the night – and you never knew they were there.