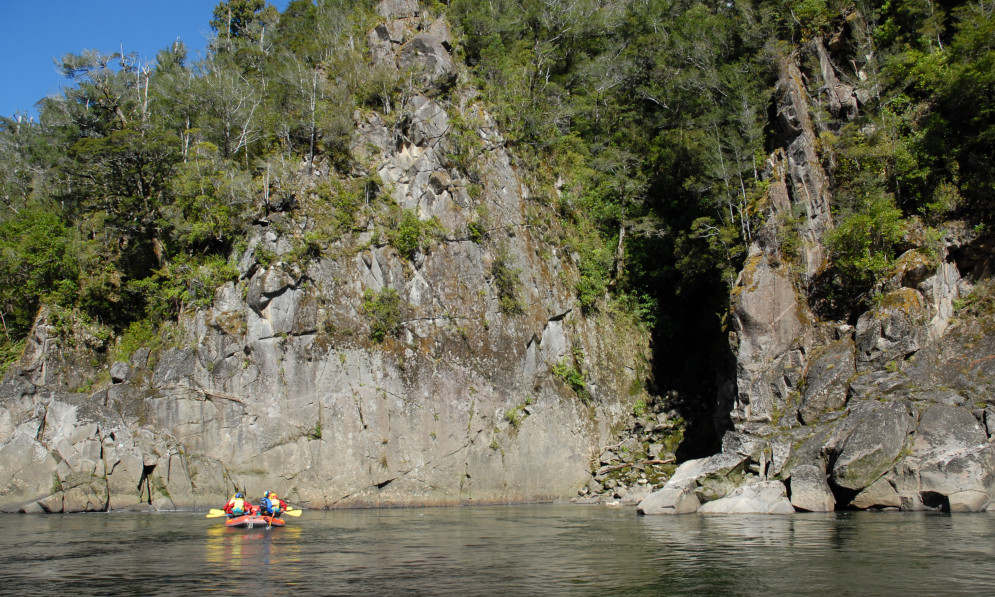 The Government’s announcement that the Mōkihinui River catchment will be added to Kahurangi National Park is the culmination of a long, hard campaign, led by Forest & Bird.

Photos of the area can be downloaded here.

In 2008, Meridian Energy proposed an 80-metre-high hydroelectric dam which would have drowned a stretch of river and forest within a 14-kilometre-long reservoir.

Forest & Bird appealed against Meridian’s resource consents and campaigned hard to stop the dam until Meridian cancelled the project in 2012. New Zealanders across the country supported the campaign, including public meetings attended by hundreds and a 120 strong rafting and kayak trip down the river hosting politicians and media.

“Keeping our wild rivers free from major development is important to New Zealanders,” says Forest & Bird regional manager Debs Martin. “The Mōkihinui in particular struck a chord because the area is such a stunning landscape, and ecologically important.”

“A significant population roroa / great spotted kiwi live in this area. There are eleven threatened bird species including whio/blue duck, one of the few remaining large populations of long-tailed bats in the South Island and some of the best northern rata in the country.”

North of Westport on the West Coast of the South Island, the Mōkihinui has been ranked as one of the most important river catchments in New Zealand.

Because nothing prevented another company for applying for new consents,  Forest & Bird immediately approached the West Coast Tai Poutini Conservation Board for support in reclassifying the Mōkihinui River conservation land as part of Kahurangi National Park. Today that has finally become a reality.

“It’s fantastic to see this important landscape finally getting the protection it deserves,” says Forest & Bird’s Chief Executive Kevin Hague. “The lesson that should be learned here is that major development projects don’t belong on conservation land.”

The Mōkihinui River was not included in Kahurangi National Park when it was established in 1994 in part because of opposition from pro-development interests. Instead the area remained stewardship land – conservation  land which is under-protected and frequently targeted for development.

“If it had been properly protected in the first place, Forest & Bird, along with several other organisations and countless volunteers, would not have had to spend years fighting to protect the Mōkihinui River from schemes such as these,” says Mr Hague.

“With New Zealand’s environment in crisis, and the impacts of climate change expected to increase, now more than ever our public conservation land is needed for its real purpose, conservation."