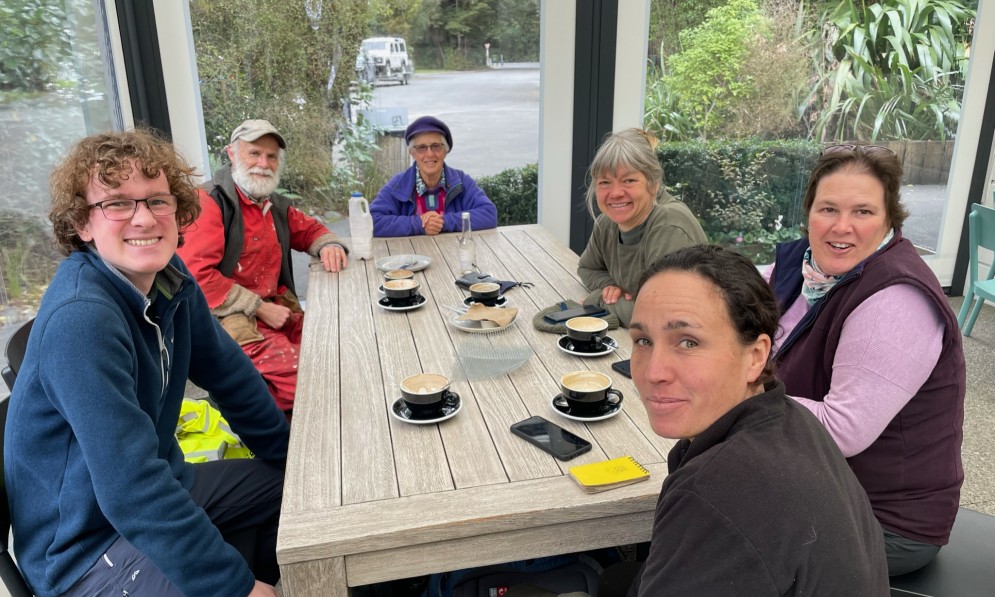 Mandy Noffke (project manager), Tara Macdonald (field team leader), Connor Wallace, and Esther Remnant have been together for just over a month but they’re already a tight knit crew who’ve been hard at work in their local catchment area near Pelorus Bridge between Blenheim and Nelson. 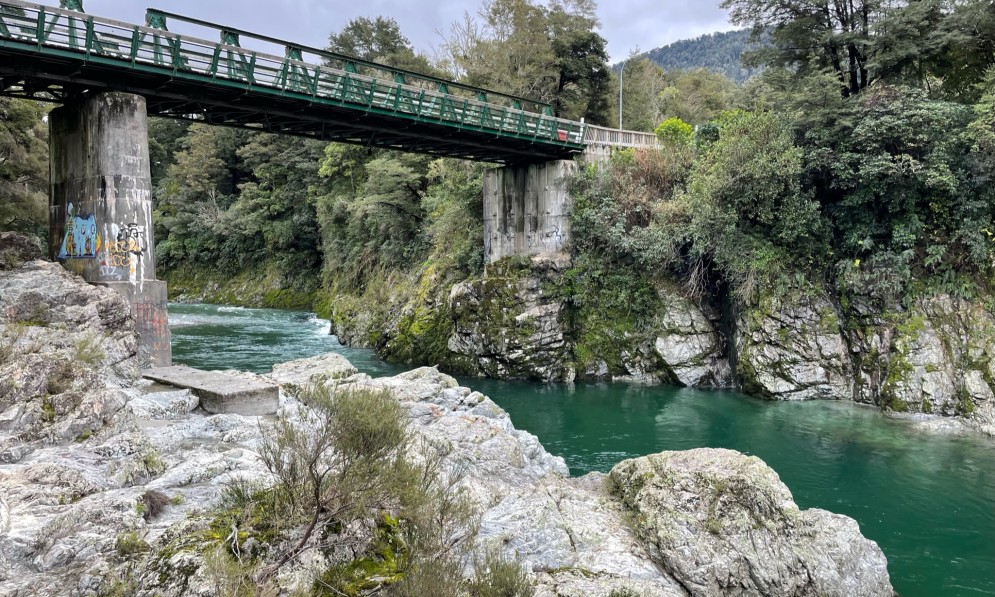 Pelorus Bridge which connects to and goes through (and over) Pelorus Scenic Reserve. During the recent floods the water level was about 3m below the bridge – rather than the 15m below in this image. Image Connor Wallace.

Mandy, who started in her role in April 2022, says the team’s Department of Conservation (DOC)/Marlborough District Council Jobs for Nature funding focuses on supporting habitat restoration work in the Te Hoiere catchment, which will help safeguard the pekapeka long-tailed bat (Chalinolobus tuberculatus) populations in the area.

Deforestation and the introduction of pests have caused significant decline in bat populations throughout New Zealand and Te Hoiere has been no exception. 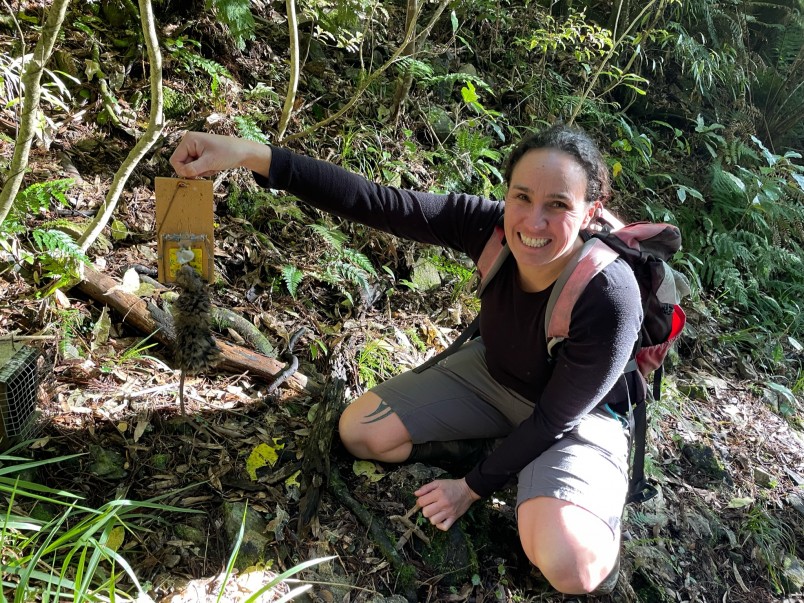 Tara MacDonald with the 'spoils' of a Victor rat trap. Image Connor Wallace.

“If we want to protect bats, we have to protect their habitats,” Mandy says. “That means in areas where pekapeka are known to roost we are supporting their ongoing survival and future thriving populations with weed control, native planting and most importantly predator control.” 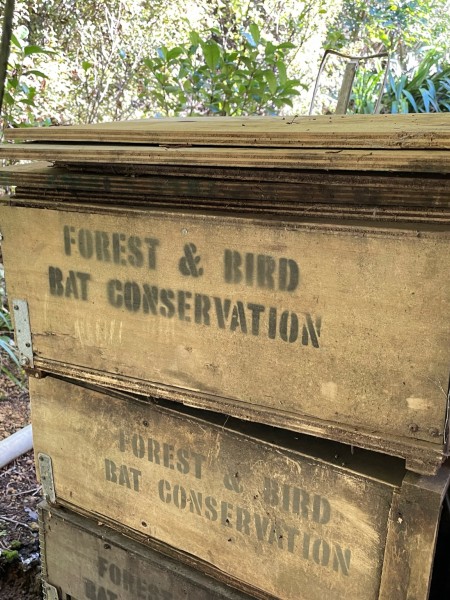 This is a three-year project and Mandy says that while local Forest & Bird branch members and volunteers have had a dedicated trapping network in the Pelorus Bridge Scenic Reserve “doing the mahi to protect the main roosting sites” for over a decade, this is the first time there has been a concerted effort to protect and restore pekapeka habitats in the area.

“With this additional funding - it’s all about getting our new team’s boots on the ground tackling the ecological restoration side of things,” Mandy says. She is hoping seeing the field team in action will attract and engage some new volunteers.

Their work not only concentrates on known pekapeka sites in the Pelorus Bridge Scenic Reserve, but three other DOC managed reserves in the Rai Valley - Brown River Reserve, Carluke Scenic Reserve and Ronga Recreation Reserve - where there has been little predator management up until now. In total, they will be tackling trapping and restoration work across 265 hectares. 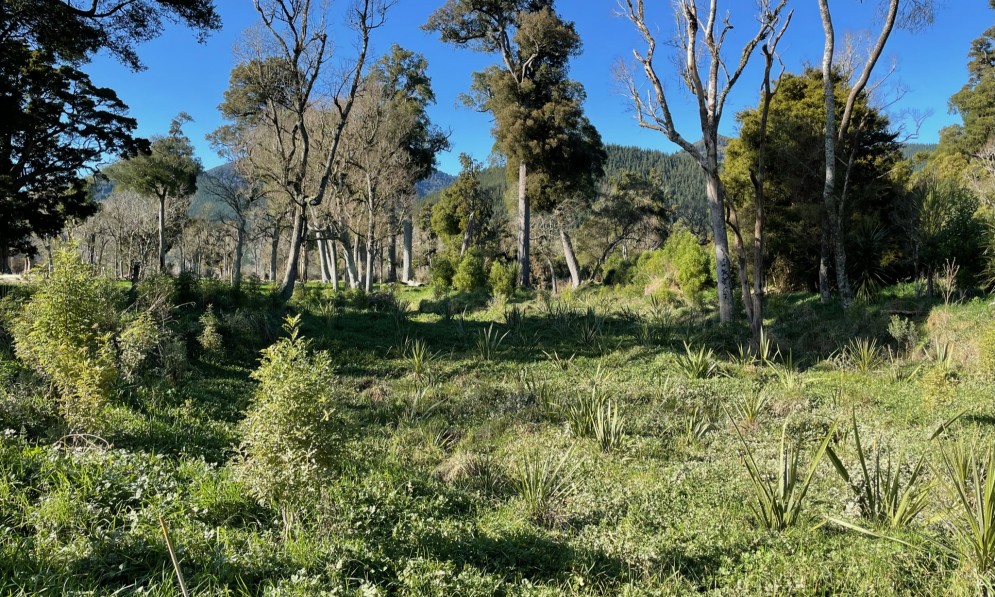 Ronga Recreation Reserve: showing an area that has previously been planted, with some of the old growth trees in the background.  The team will be focusing on bulking up planting where needed and expanding into another 6ha block, some of which is under those trees. They will also be running volunteer planting events in Ronga to augment their work. Image Connor Wallace.

Team member Esther says: “Having now visited all the sites it is clear that one of our biggest challenges will be clearing the weeds at Ronga reserve ready for planting in subsequent years. Seeing, the privet, barberry and tradascantia at such density was overwhelming, but I'm sure we will support each other well to get the job done.”

Over the next two years, the team will be eradicating the pest plants at Ronga reserve, planting up to 24,000 native trees, and expanding the predator trapping network into adjacent reserves, amongst many other tasks! 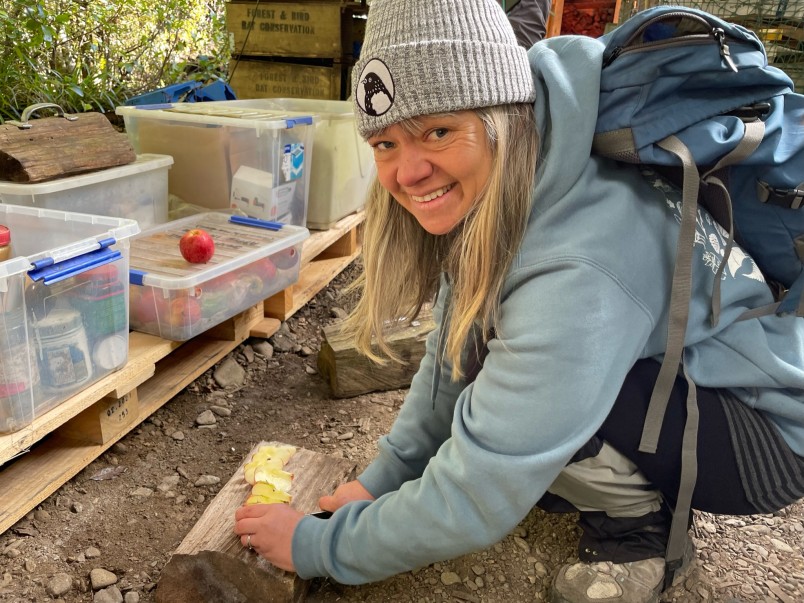 Esther Remnant chopping up an apple to use in traps as possum bait.

They’re prepared for the ongoing challenges of marauding pests including possum, stoats, rats and ferrets.

“We also have a feral cat problem in Pelorus, but the locals are very supportive in trying to get that under control,” Mandy says. “Pigs are a real problem too because they tear up the ground and pull possums out of our existing traps, damaging them [the traps] along the way!”

The August weather event in Nelson-Tasman has slowed down the Ecological Restoration Field Team’s work for a few weeks, but has not dampened their enthusiasm - nor their appreciation for the stunning environment they are working in. Positive vibes abound despite the challenges. 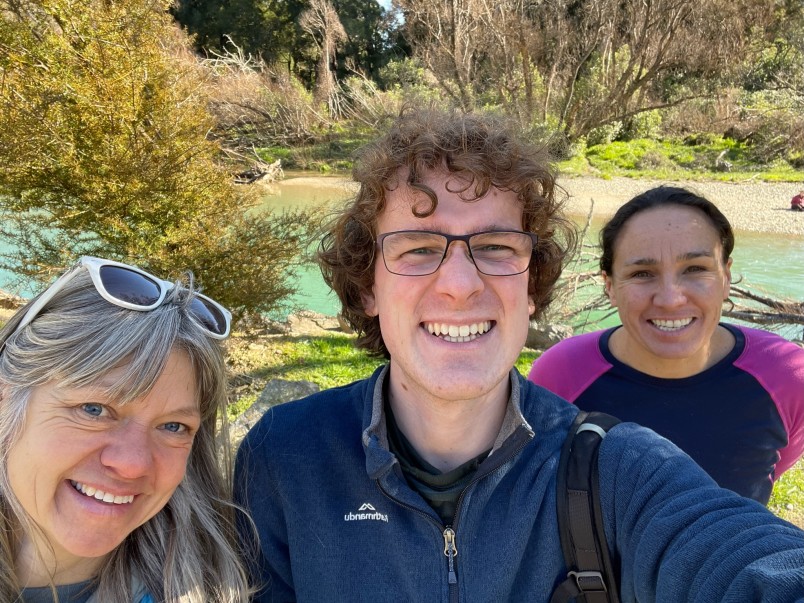 “This is a very focused project with a clear goal, and a small team,” Esther says. “I'm motivated knowing that it is all about protecting this small pocket of nationally threatened pekapeka tou roa. I love bats, and I also knew I would love working in such a stunning, pristine forest [Pelorus Bridge Scenic Reserve].”

Through targeted predator control, and protection and enhancement of this habitat, the hope is pekapeka numbers will eventually begin to stabilise and grow again. 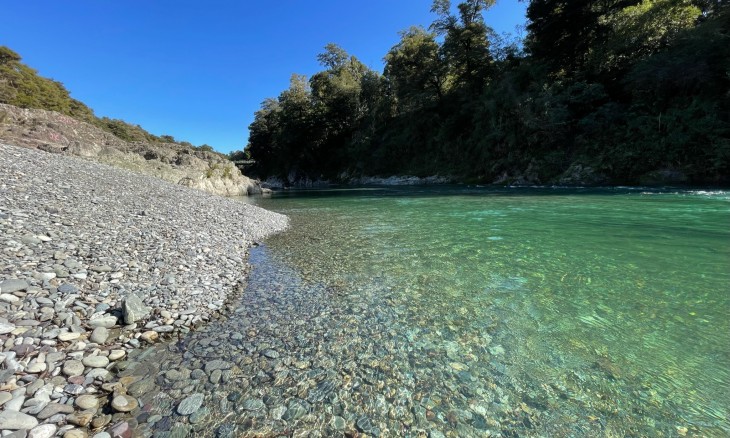 From December to March over four summers, Gillian and her two-person monitoring team (Deleece McLaren and Nick Eade) have tracked and studied the local pekapeka population to identify roost locations and monitor bat survival at known breeding sites within the catchment area.

They are supported by passionate volunteers and are sometimes joined by local school children and other members of the community who are keen on participating and improving their knowledge of this special taonga. 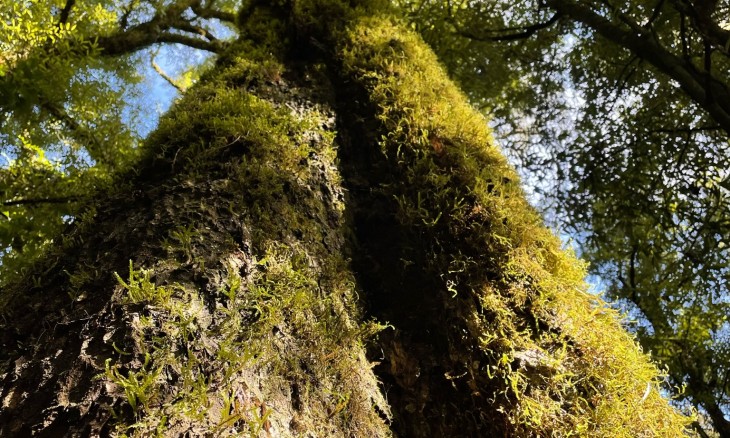 A 'beaut' photo of a podocarp, representative of the forest stature and canopy at Pelorus Bridge Scenic Reserve.

The 2021-2022 season was extended until June so the team could establish acoustic survey programmes at Pelorus Bridge Scenic Reserve and the wider Te Hoiere Pelorus catchment. These catchment wide surveys will provide more detailed information on long-term trends in bat distribution and abundance.

After four seasons of monitoring, 89 roost trees (or roost tree locations) have been identified (26 of these are new roosts this season). Eighty-two of the roosts are within Pelorus Bridge Scenic Reserve, Carluke Reserve or Brown River; six sites are within Mt Richmond Forest Park, and one site is on private land or river reserve.

Acknowledgements
Thanks to the many people and organisations who contribute their time, expertise and mahi to the project in a variety of ways: DOC & Marlborough District Council Early Win Funding for supporting the Te Hoiere Pelorus Catchment Restoration Project; Marlborough District Council’s Te Hoiere Catchment Restoration Project Team (with special thanks to Aubrey Tai, Heli Wade and Penny Wardle); and Ngati Kuia for their support of the project (with special thanks to Lewis Smith, Kaitiaki Taiao for Te Rūnanga o Ngāti Kuia Trust).

This article first appeared in the August 2022 E-news.