Margaret and Malcolm McPherson of Timaru have been awarded Forest & Bird’s prestigious Old Blue for four decades of exceptional service to the organisation and to conservation in South Canterbury. 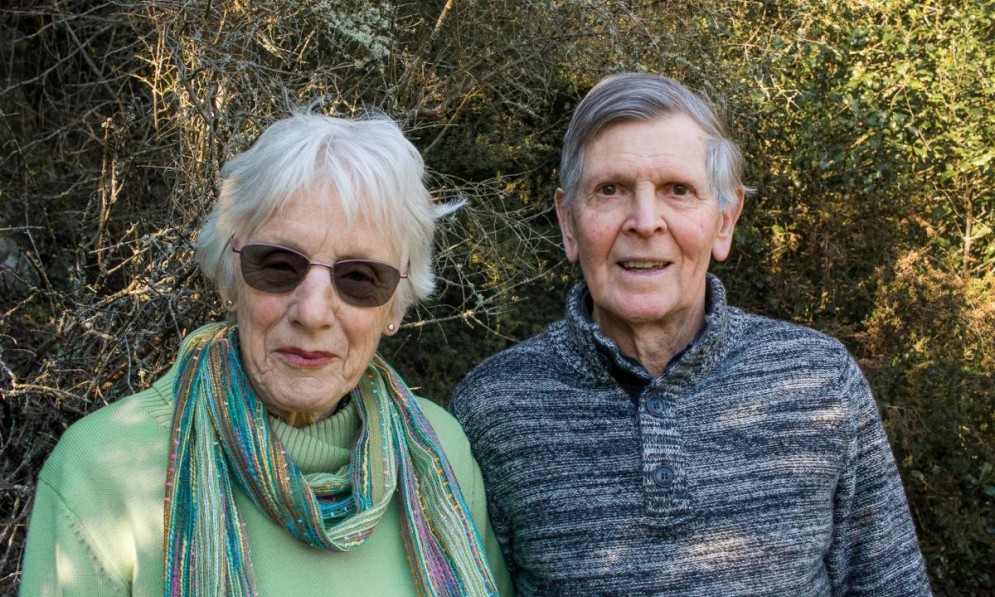 “Their contribution ranges from service to the South Canterbury branch in numerous ways and hands-on involvement in a wide range of conservation projects in the region and further afield,” said Joy Sagar, Forest & Bird’s South Canterbury Branch Secretary.

The couple have immersed themselves in every aspect of the branch’s work, including pest control and restoration of reserves and parks, protecting penguin, bat and lizard habitats, and committee work.

They joined the branch’s committee in 2005 and Margaret served as secretary for a decade while Malcolm wrote meeting reports for the local media for several years. Margaret remains on the branch committee and both continue to contribute to organisation and branch activities.

Margaret said she first became interested in conservation during the battle in the late 1960s and early 1970s to prevent Lake Manapouri being raised for electricity generation.

“As a student I used to work at Doubtful Sound and after spending quite a lot tof time at Manapouri, I could not help but get involved in trying to stop the raising of the lake,” she said.

The couple met as trampers in the Southland Tramping Club and later moved to South Canterbury where both worked as teachers.

“In the last 20 years we’ve become more active with the branch. We’ve got a really amazing quality in our branch committee and some of those members are just a real inspiration to the rest of us,” she said.

“We’ve enjoyed working at Kakahu Bush and Conways Bush, there’s the companionship of working there and seeing the changes there over the years is very satisfying.”

The couple was presented with their Old Blue at Forest & Bird’s annual conference in Wellington on Saturday (June 24). The Old Blue is awarded annually by New Zealand’s largest independent conservation organisation to people who have made a significant contribution to Forest & Bird or to the organisation’s conservation goals.