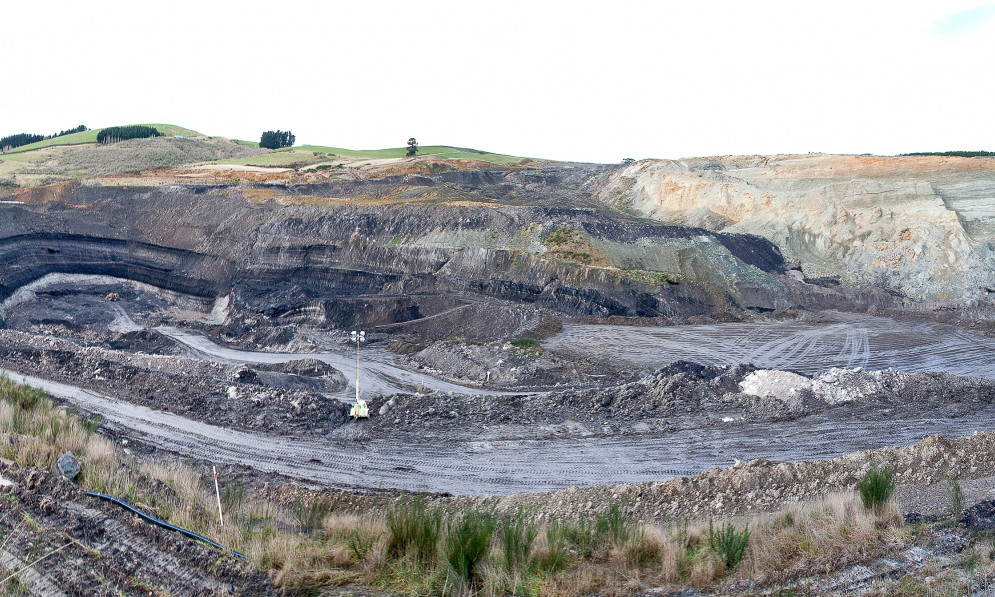 The time is right for New Zealand to turn its back on coal mining but will it? By Jane Young

We continue to mine, burn, and export coal, even though, globally, coal is the single biggest contributor to ocean acidification and climate chaos.

To understand how we got here, we need to look back into the past of this boom-and-bust industry.

The first recorded coal mine in New Zealand was a private affair, which started production in 1849 at Saddle Hill, Dunedin. By the end of the century, there were 163 coal mines in New Zealand – today there are just 18. Importantly, the government had also joined the party and state-run enterprises started digging coal out of the hole.

By the 1950s, New Zealand State Coal Mines was producing more than half the country’s mined coal, and the workforce numbered about 5000. In the 1980s, with a big push for state-owned businesses to earn their keep, Coal Corporation was born, and later metamorphosed into Solid Energy.

The new company performed well during the first decade of the 21st century, but then it started to dream big dreams, take on big debts, and ended up shedding big numbers of jobs.

By 2012, Solid Energy was on the ropes. Then it went into a spectacular collapse, although it managed to avoid insolvency.

Four years later, Bathurst Resources, a small Australian-born company, became the main benefactor from the fire sale of Solid Energy’s assets. Bathurst also had big dreams but, unlike Solid Energy, had managed to hang on by its fingertips until luck turned its way.

A sizable chunk of that good fortune came from a most unlikely source. Talley’s Group is a long-established family food business whose website, bearing the slogan “Bringing you the best of New Zealand”, makes no mention that Talley’s is now the largest New Zealand investor in coal mining. Not only does Talley’s have a one-third stake in BT Mining, its joint venture with Bathurst, but it also holds 12% of Bathurst’s shares.

Talley’s isn’t the only homegrown company set to benefit from any resurgence of the New Zealand coal industry. Birchfield Coal Mines, for example, is another familyowned company that has seized opportunities arising from Solid Energy’s demise. It has gambled on being able to resurrect shuttered mines such as Strongman, near Reefton, where underground mining ended in 2004, but which has now been brought back into business as an opencast operation.

In January 2012, protesters had raised their “Keep the Coal in the Hole” banner over a chilly Southland sheep paddock not far from Solid Energy’s New Vale lignite mine. They would have found it hard to imagine that, just six years later, the New Zealand government would no longer own a single coal mine and that overseas investors would have a one-third stake in the industry. 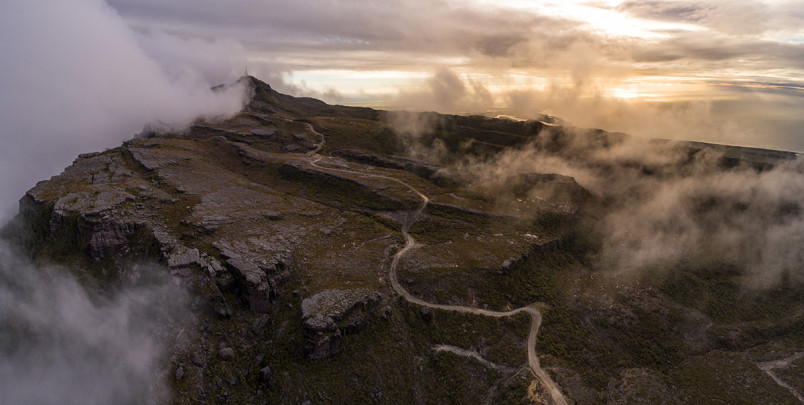 Stunning landscapes at Whareatea on the Denniston Plateau are in Bathurst’s sights for a new open-cast coal mine. Mt Rochfort with Whareatea West in the foreground and right. Photo: Neil Silverwood.

During the last three years, New Zealand coal production has been lower than at any time since 1998. But environmental activists shouldn’t throw away their banners just yet – between 2017 and 2018, there was an uptick in production of more than 10%.

There are plans to extend existing mines such as Echo near Reefton (Francis Mining) or Rotowaro near Huntly (BT Mining), and it’s apparent that Bathurst’s grandiose West Coast Buller project, which includes Whareatea West, on the Denniston Plateau, is still very much on the drawing board.

Bathurst also holds exploration permits in Canterbury and, last September, was granted Overseas Investment Office approval to buy farmland near its existing mine at Coalgate, which largely supplies the dairy industry. The South Island dairy industry threw a lifeline to Bathurst during the years of uncertainty that preceded the formation of BT Mining and still plays a major role in keeping the company afloat.

At present, there are no new coal mines consented-up and ready to go. The somewhat farcical attempts of the Sampson brothers to mine the Panirau Plateau, in Ohura, North Taranaki, appear to have subsided. But there are still uneasy question marks over the future of the proposed Te Kuha mine near Westport.

Here Forest & Bird’s legal battle looked to take on the dimensions of the Escarpment saga, but then there was a major blow to Stevenson and Rangitira Developments’ plans when Ministers Sage and Woods refused to allow mining to go ahead on conservation land. The current situation is complicated, and it’s possible that the stately minuet of appeal and counter-appeal will continue for some time to come. Here's an update on Forest & Bird's legal battle to save Te Kuha. 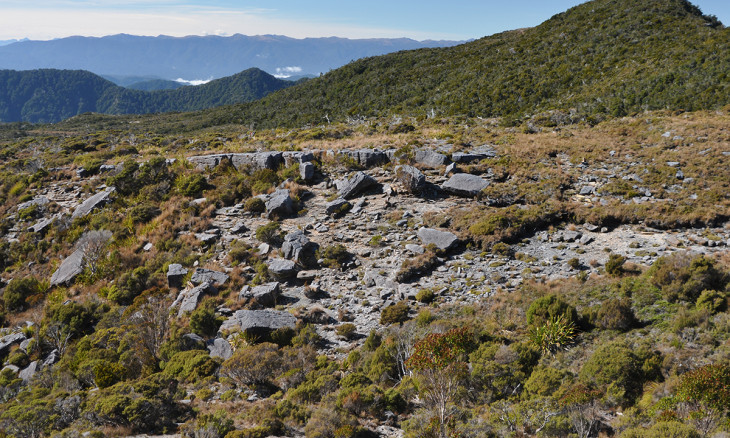 Unanswered questions abound. Will the Zero Carbon Bill sprout teeth? Will the Resource Management Act be amended so that climate change can be taken into account when decisions are made? No legislation has been introduced to stop new mines on conservation land – will the policy survive a change in government? And so on.

There are industries and communities with longstanding links to coal – breaking these ties won’t be easy. Nevertheless, in a world where both emissions and temperatures continue to rise, there are no excuses for inaction.

In fact, for a whole raft of reasons, this is the ideal moment for New Zealand to escape from coal:

I have spent much of my time over the past five years researching the New Zealand coal industry for my new book. After a gestation period far exceeding that of the blue whale, my gigabytes of coal information were finally transmuted into Fuelling Dissension, which was published at the end of last year. 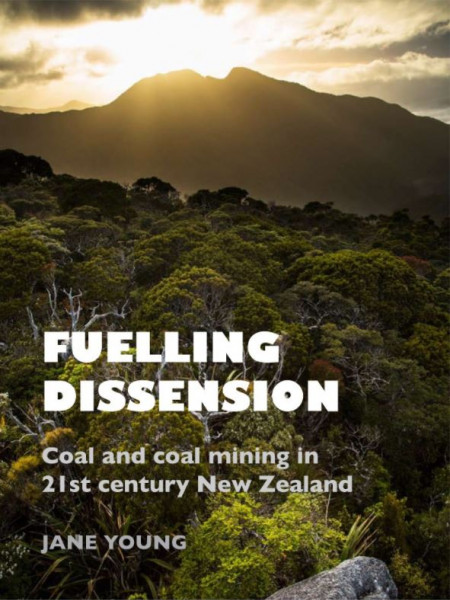 But I can’t help feeling I’m no closer to being able to predict the future of coal and coal mining in New Zealand than when I started. That’s not really surprising. Any aspect of tackling the climate emergency is liable to be a “wicked problem” – one that is difficult or impossible to solve because it involves incomplete or contradictory knowledge, large numbers of people and opinions, and/or complex links with other problems.

But we mustn’t let ourselves become paralysed by complexity. Ultimately, we have to do something very simple.

Keep the coal in the hole.

This article first appeared in the Autumn 2019 issue of the Forest & Bird magazine. Click here to learn more about our magazine.