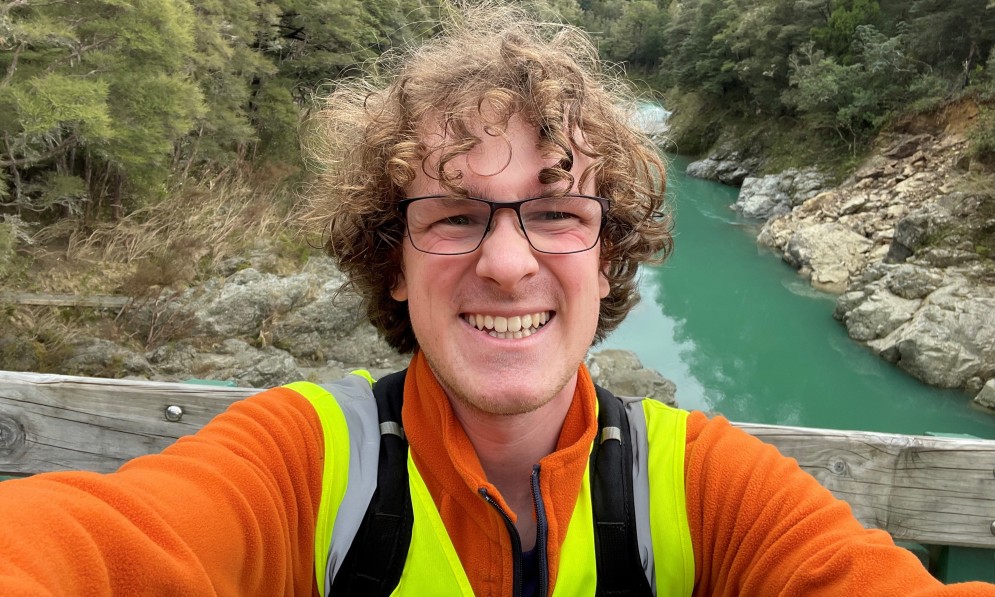 They split the responsibilities of the role and work with Forest & Bird to improve, develop and expand the Youth Network, onboard new Youth leaders, support Youth hubs to reach their conservation objectives and chair the Forest & Bird Youth National Committee.

They are both recipients of Forest & Bird’s Te Kaiarahi Rangatahi o te Taiao award – Connor in 2016 and Gemma in 2022.

We chat to this pair of young conservationists and find out how they first got involved with the Youth Network, their favourite wildlife encounter and more.

Where did you grow up and what is your earliest memory of nature? 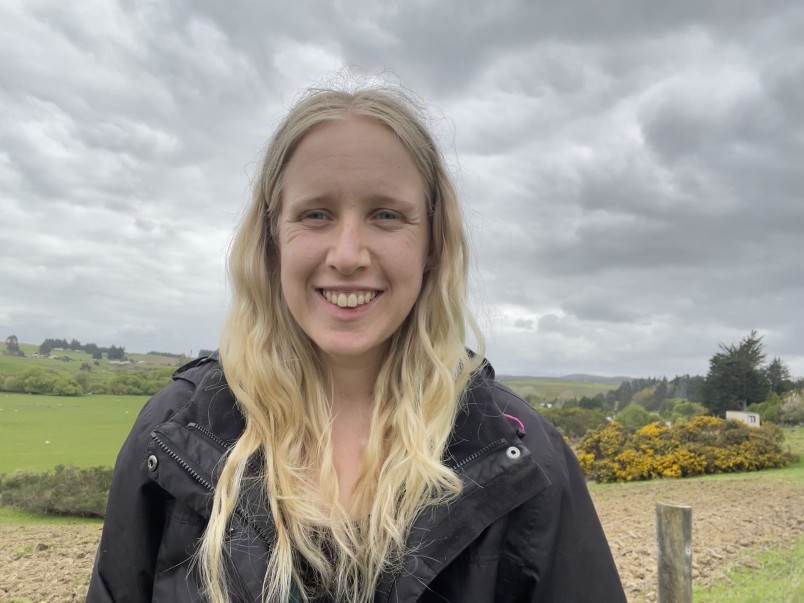 GEMMA: I grew up in rural Western Southland (in the Ohai/Nightcaps area) on and around sheep farms, under the majesty that is the Takitimu Mountains and alongside the Aparima River. My earliest memory of nature is camping in Manapouri, tramping, and walking over swing bridges.

CONNOR: I grew up in our biggest city, Auckland, however my first memory of nature would have to be collecting cicada cases with my younger brother in Christchurch when I was about 4 years old.

How did you first get involved with Forest & Bird Youth? 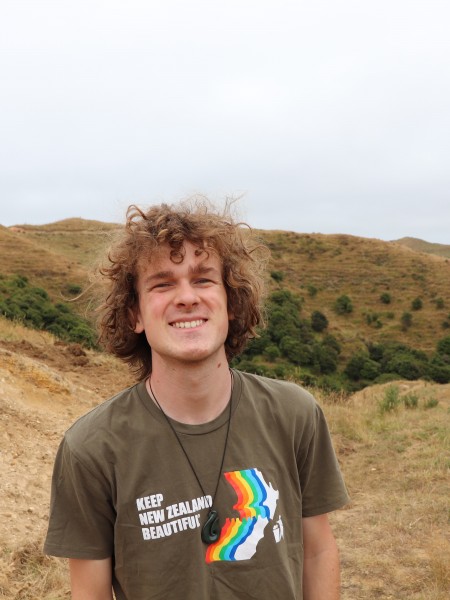 GEMMA: When I moved to Wellington to study at Victoria University in 2020, I saw a Forest & Bird Youth stall on campus. I was studying science communication and politics at the time (due to a keen interest in local government), so I applied to the Youth leadership team in lockdown and secured a social media coordinator role. After that, I was shoulder-tapped for the communications manager role and the co-director role. I’ve since found my way back to Southland and I’m now studying towards a degree in journalism.

What Youth environmental projects are you most proud of? 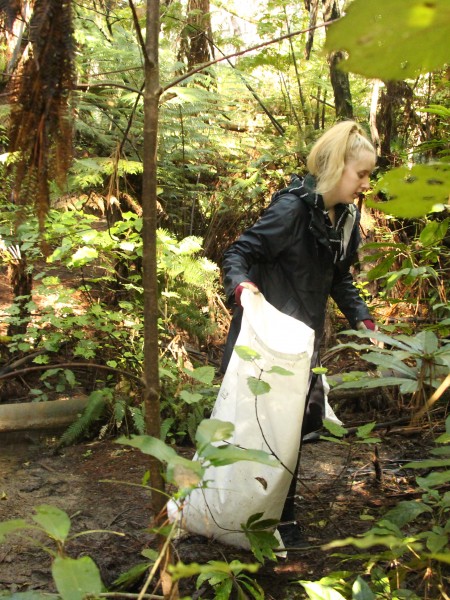 Gemma weeding at the Prince of Wales Park in Wellington. Image supplied.

GEMMA: I’m proud of my work planning and running our national Youth hui and building our social media presence - including expanding our reach onto new platforms like TikTok. I'm also proud of my work on an ‘opportunities’ newsletter, which allows youth to stay in the loop around the country. It covers news in the environmental space (within the network but also with other groups) and work, volunteering, and other opportunities. Youth can subscribe to it and getting something in your inbox, which is written just for you, is a great feeling.

CONNOR: I’m most proud of Forest & Bird Youth Auckland’s ongoing restoration of Hosking Reserve (~50 ha). The project is a collaboration between our Auckland Hub and local council. It’s involved over 500 volunteers planting 21,000 trees since 2021, as well as setting up and maintaining trap and bait lines to keep mammalian predators under control.

What is your favourite wildlife encounter?

GEMMA: Encountering jumping & diving hoiho on a recent trip to Rakiura, Stewart Island this year. They’re a species special to Southland and seeing them with my own eyes is why I speak up for nature: it makes me realise how much the fight and the mahi matters.

CONNOR: Meeting a kākāpō on Whenua Hou Codfish Island in 2021 was super special (I was on the island taking feather and blood samples from kākāriki for my MSc research project).  Now that I've joined the Ecological Field Team of Forest & Bird’s awesome Te Hoiere Bat Recovery Project (in August), I hope to someday meet a long-tailed bat!

Who is your environmental hero? 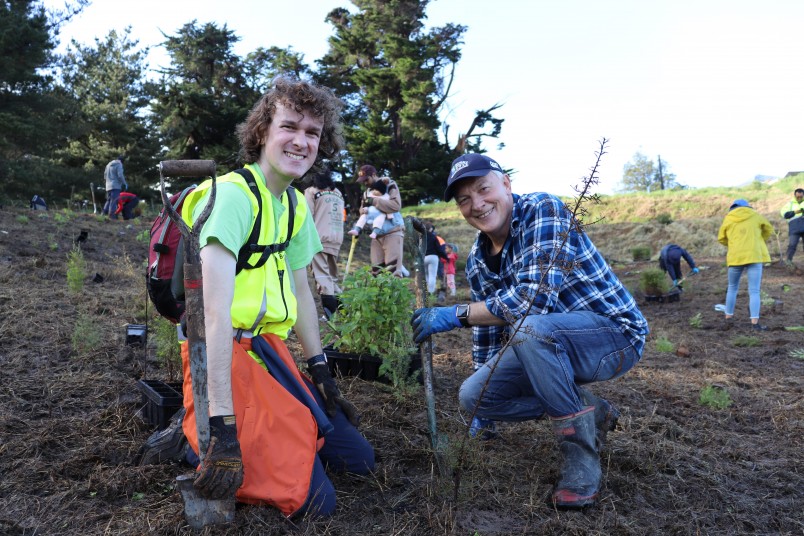 GEMMA: Apart from our Forest & Bird youth leaders, my environmental hero is Sophie Handford. She brings a magnetic zest to what she does and paints a positive, focused vision for our future - and I’ve been lucky to connect with her lately.

CONNOR: Like Gemma, I’m always inspired and energised by the mahi being done by our Youth hubs across the country! For an environmental hero outside of our network, I'd pick the Motutapu Restoration Trust. I began my conservation volunteering with them and have always been impressed and inspired by the large-scale reforestation they’ve achieved, as well as their fun and engaging approach to tree-planting and weed control events.

If you could share one message with the government about the environment, what would it be?

GEMMA: I would tell them the time to act - to transform nature and put it at the centre of decision-making with our future front of mind - is now.

CONNOR: And I would tell them we need new laws that will protect biodiversity from cats. 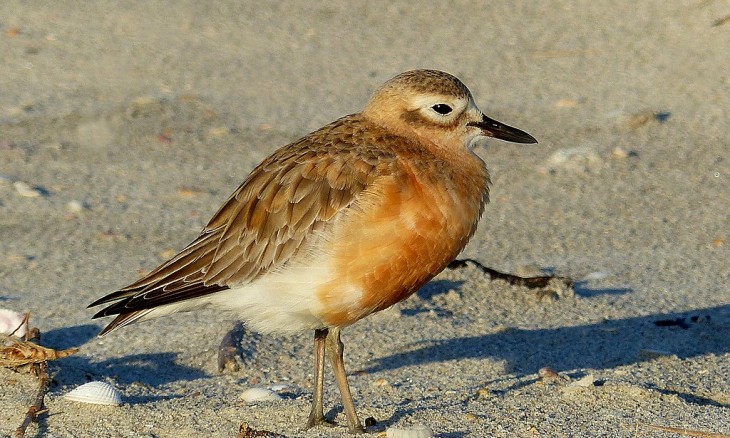 GEMMA: I love our penguins, but this time I’m backing the tūturiwhatu, the Southern New Zealand dotterel.

CONNOR: My pick is the kākāriki karaka, the Orange-fronted parakeet.

Note: both species have the conservation status “in serious trouble”.  It’s estimated there are only 144 tūturiwhatu and 360 kākāriki karaka left in the world.

Forest & Bird Youth is a nationwide network of young people (aged 14-25) who are protecting and restoring Aotearoa's wildlife and wild places. Join this nationwide community and get involved in events, competitions and more. You'll also have plenty of opportunities to learn more about conservation and develop your skills in a range of areas.

This article first appeared in the October 2022 E-news.