Restoration Projects in the Hutt Valley

Restoration Projects in the Hutt Valley

Lower Hutt F&B removes weeds and grows eco-sourced plants and revegetates selected public areas. Members of the public are welcome to take part in these restoration projects. Volunteers are a valuable resource and are keenly sought.  Work parties usually meet about once a month and work for about 3 hours. Volunteering is informal and flexible. Turn up to whichever work party suits you and stay for however long you wish.
Eco Corridor at Silverstream 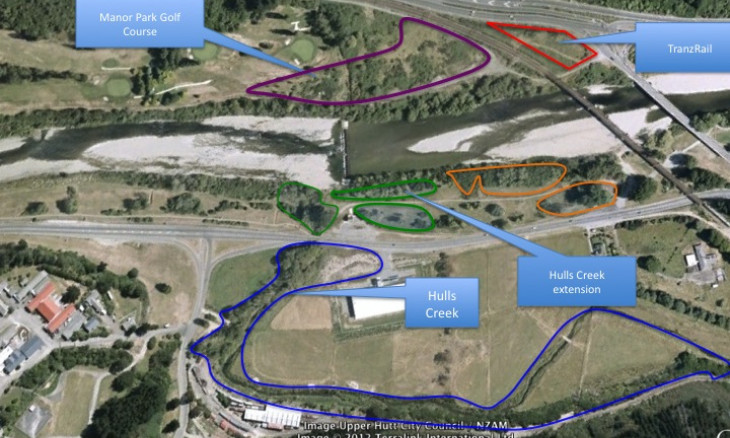 The Manor Park restoration project was initiated by Old Blue recipient Russell Bell.  Lower Hutt Branch is working to establish an eco corridor across the Hutt Valley at Silverstream (See Eco corridors) We have permission to remove weeds and plant on the northern end of the Manor Park Golf Course, KiwiRail land, and some riverside land administered by Greater Wellington.

Removal of weeds (mainly blackberry, gorse, grass, etc) is the the biggest job. In the beginning it was simply cutting and pasting the blackberry and gorse with a herbicide paste, being careful to protect natives including significant numbers of young karamu and mahoe which thrive once the surrounding weeds are removed.  Later, Hutt City Council sponsored a super sized mulcher to demolish large areas of blackberry.

A new thrust at the Park has been the introduction of intensive pest control.  Because of the large amount of grass present, there is a healthy mouse population that exploit the annual production of grass seed in the Autumn. Also we know that there are about 10 rats per hectare in a place like Manor Park, giving about thirty rats present at any time. Bait stations have been placed on a grid roughly 20 metres by 20 metres using Brodifacoum, and this seems to be working well. Progress can be measured using tracking tunnels. The Lower Hutt Branch purchased bait and traps from Greater Wellington Regional Council and received good support from Hutt City Council.  With appropriate pest control of rats and mustelids, there is a desire to re-introduce skinks back to the area.

The small triangle of KiwiRail land between the road and rail bridges at the River Road/Fergusson Drive intersection is covered in introduced grasses. KiwiRail does not want tall plants in the area, so we have planted many flaxes and some nettles.  The latter are hoped to attract the red admiral butterfly.

There's much work to be done.  We meet regularly Tuesday mornings from 9:30am, with a break around 11am for morning tea. 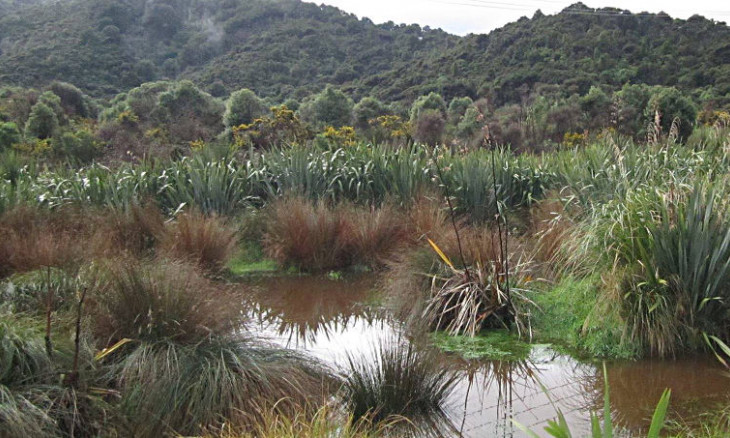 The Waiu wetland project is another Russell Bell initiative, and is located at the base of the Wainuiomata hill road, at the end of Waiu Street.  The hydrology of the area had been destroyed many years ago by the creation of drains for a dairy farm, and later abandoned.  Weeds, including  blackberry, gorse, willow, hawthorn, holly, himalayan and japanese honeysuckle, wattle, etc have establish along with some emergent natives.

Our first task was to try to improve the hydrology of the area as it can be partially dry in the Summer.  Hutt City Council and F&B applied for a resource consent to build a dam to enhance the wetland with open water, create two small islands, and to raise the water table over a much larger area.  Another hydrological experiment was to block a drain that allowed two tributaries to combine thereby restoring a natural water course. This temporary dam is now failing and needs to be replaced.

We have removed many of the weeds with the help of the Hutt City Council, and have planted many native spiecies such as flaxes, karamu, and manuka, and enriched pioneer species with kahikatea, matai, rimu, totara, tawa, and nikau.  The wetland has several regionally threatened species, including Renunculus macropus (swamp buttercup), Olearia virgata, Coprosma tenuicaulis and Carmichaelia australis.  Another interesting plant is the narrow leafed mahoe, rare in the Wellington area.

If we had not planted many of the native tree species, it would be a long time before they would have re-established naturally.  We are indebted to Hutt City Council for many of the plants, some tools, and  wipe on herbicide.  We have set the Waiu wetland on a new path.  But there's much more that can be done. 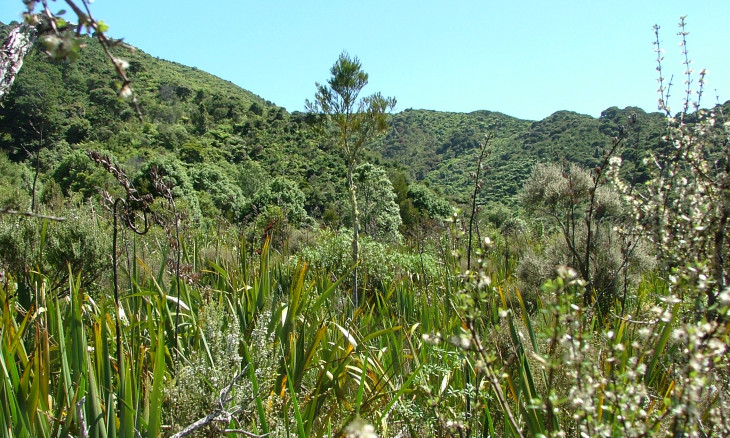 Mohaka wetland is almost a sister to Waiu in an adjacent valley. It is in far better condition that Waiu but will need to be monitored for weeds and weeded from time to time. Apart from that there is little to do because the wetland is in such a good condition. 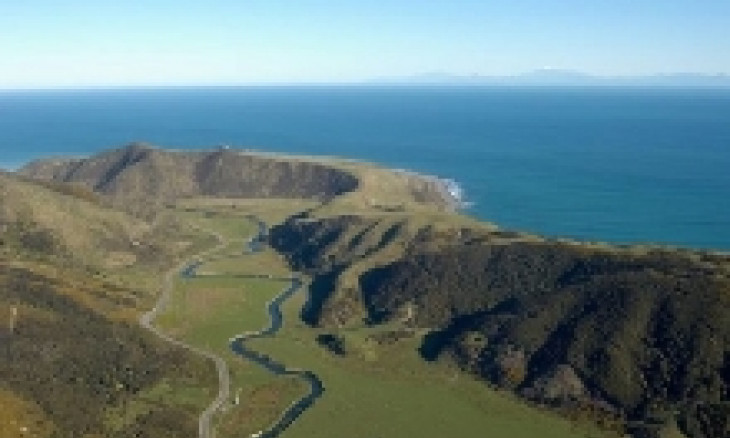 Baring Head will become a project at some time in the future. It is so big and complex and there are many different views about its future. We are committed to having all of it restored to its highest ecological potential but that will involve difficult choices involving transitions that may take many years. We believe that the best course of action is to participate in the development of a management plan for the area. This will be drawn up over the next few months by Greater Wellington.

This is a small piece of land between the Eastern Hutt Road and the river at Hulls Creek. We are planting this in conjunction with Upper Hutt Forest and Bird and GWRC.